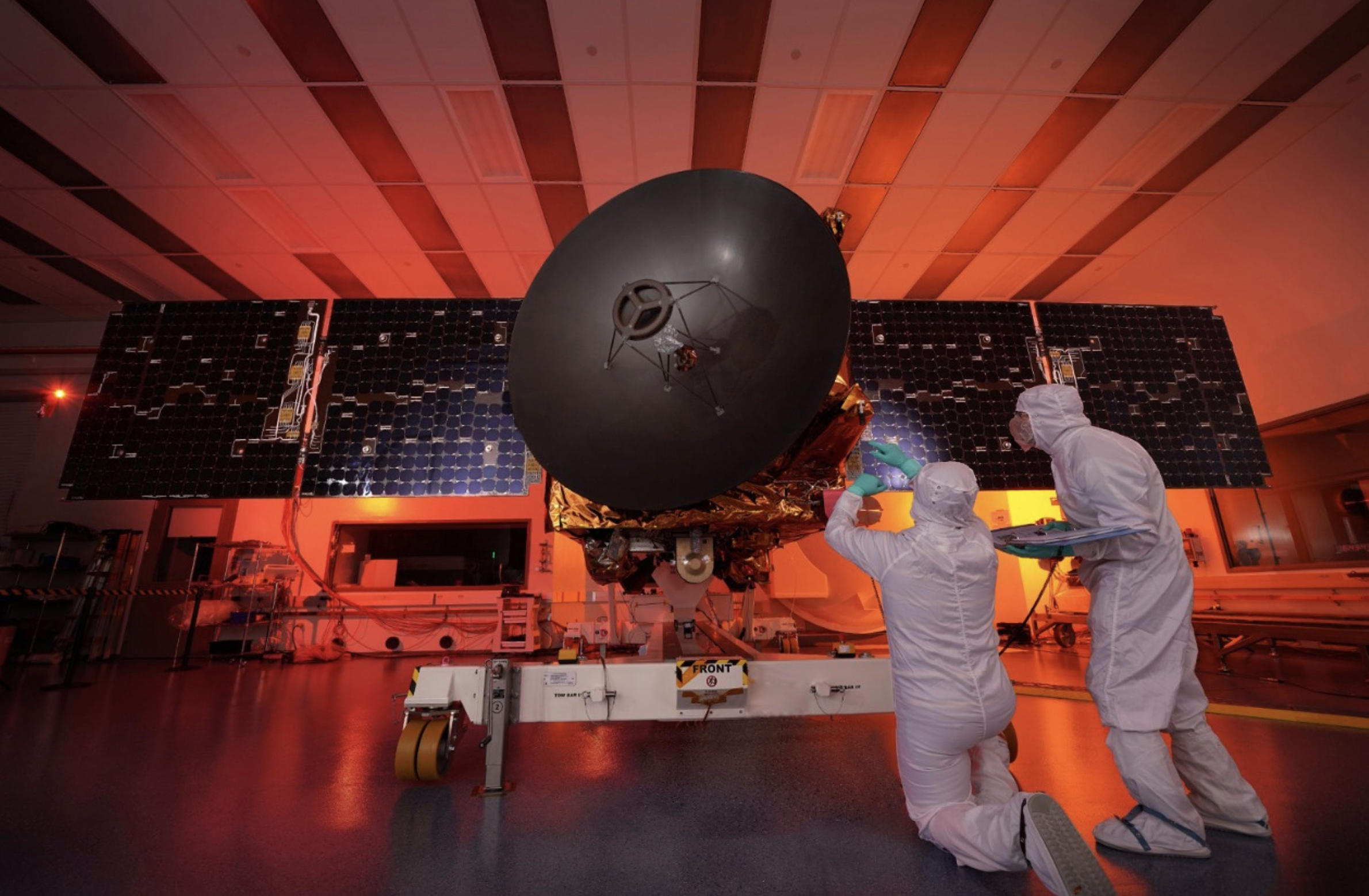 One small red dot, one vision, one dream and three days to go before a UAE spacecraft reaches Mars.

In the run-up to the critical Mars Orbit Insertion (MOI) of the Hope Probe on February 9, 2021, terminal boards at the Dubai airports are screening the countdown.

The country’s iconic structures have turned red as a mark of solidarity ahead of the success of the Arab world’s maiden mission to Mars.

Dubai Frame, the Museum of the Future, Etisalat Building, Abu Dhabi Municipality, Ajman Municipality and Ras Al Khaimah media office are turning crimson each night as the country counts down to the big day.

All official social media handles of UAE leaders and government departments now reflect the new profile picture, too, which is etched with the new milestone date and the slogan ‘Arabs to Mars’.

Mix of confidence and concern

The mission entails a mix of confidence and concern about the chances of the probe successfully entering the Martian orbit.

The spacecraft will fire its six main thrusters for nearly 30 minutes to slow it down enough for the planet’s gravity to capture the spacecraft into orbit.

27 breathtaking minutes will determine the fate of 6 continuous years of work!
The Hope Probe has already traveled 493.5 million kilometers and its destiny is at stake with a success rate of 50%. pic.twitter.com/K8rHpanNlw

The manoeuvre is one of the most critical phases of the mission after its launch in July 2020.

Sarah Al Amiri, UAE Minister of State for Advanced Technology and Chairperson of the UAE Space Agency, during a webinar in February had said: “This is a heavily rehearsed, designed, tested manoeuvre. We have never used our thrusters for 27 minutes continuously. We’re going to burn half of our fuel.”

She had voiced her feelings as “comfortable and uncomfortable, worried and not worried”.

Others involved in the Hope mission are staying optimistic, despite the tension surging ahead of this critical phase.

Zakarayya Hussain Al Shamshi, Deputy Project Manager, Mission Operation says, “So far our calibrations show that the spacecraft is moving in the right direction. The spacecraft will slow down from the cruising speed of 121,000 km/h to something nearer to 18,000 km/h to achieve MOI.

“The problem with MOI is that the calculation that we have put is best to our own knowledge. The main issue is if you are going too fast, the spacecraft will not be captured by the Martian orbit and if it’s too slow then it will crash into Mars. But there is a margin there as well. If there was live commanding, one could have gone ahead and fixed anomalies but there is no scope for that here.”

The thrusters that will be used for the orbit capture manoeuvre have been tested many times for short burns, including course corrections after launch.

The key is to start the manoeuvre on time, which is also the riskiest part here.

Apart from this, engineers are having to deal with a communication delay between mission control and the orbiter.

“It takes radio signals 11 to 22 minutes to travel from Hope around Mars to the ground network on Earth — hence, the need for autonomy. We rely completely on programmed manoeuvres set into the orbiter to accomplish this. Therefore, it will also be a tense blackout period for all of us,” added Al Shamshi.

The spacecraft will be traveling behind Mars in an event called ‘occultation’ and the ground teams will have no contact with the spacecraft for a few minutes. Therefore, the success of this phase will be a big reason for the mission’s success.

Although it is a highly practised and simulated, those preparations do come with some stress.

Ibrahim Abdulla Al Midfa, Flight Software Lead, opined, “All commands have been tested on a model satellite on ground — called a flatsat — to gauge reactions. But it’s the first time we will be firing for almost 30 minutes to decelerate. That’s why it is risky and time is a critical factor.

“We still don’t know if this amount of firing will be successful or not. But we are pretty confident about our designs and our systems. It’s a braking mechanism. We have all the contingencies built into the spacecraft and have prepared for different scenarios.”

Nasa’s Deep Space Network radio antenna in Madrid, Spain, will get the first signals to know if the orbit insertion is successful.

Should Hope make it into the orbit, after spending 40 hours in the capture orbit, it will enter into the science orbit, where it will then spend two years studying the planet’s upper and lower atmosphere.

The probe will gather and send back 1,000GB of new Mars data to the Science Data Centre in the UAE via different ground stations spread around the world.