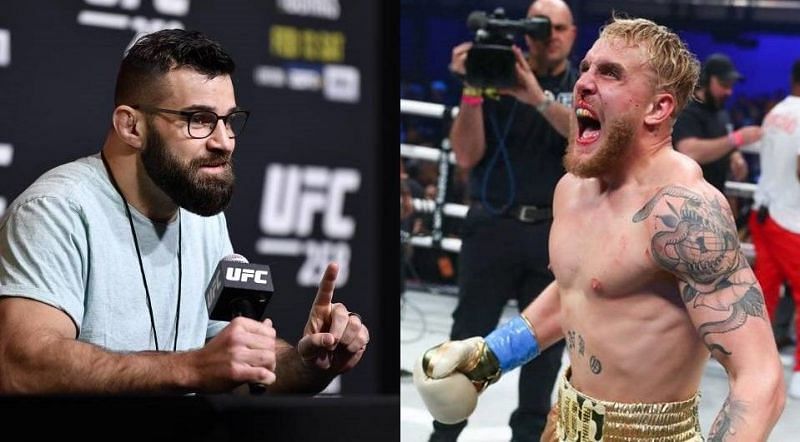 ‘You want some? Come get you some’

Julian Marquez has revealed that he would like to fight Jake Paul next.

UFC middleweight fighter Julian Marquez made his long-awaited return to the octagon at UFC 258 (February 13th, 2021). Marquez had suffered a rare injury, a full tear of his latissimus dorsi. This injury forced him to undergo two surgeries and rendered him unable to return to active pro MMA competition for about two years.

Julian Marquez’s last fight had taken place back in July 2018 and witnessed him lose to Alessio Di Chirico via split decision. That said, Marquez staged a spectacular comeback to the octagon, making a huge statement with his performance at UFC 258.

The Cuban Missile Crisis engaged in a three-round back-and-forth war with Maki Pitolo at UFC 258. Julian Marquez eventually overwhelmed Pitolo on the feet and then caught him with an anaconda choke on the mat. Marquez submitted Pitolo at the 4:17 minute-mark of round three and emerged victorious at UFC 258.

During an appearance on MMA Fighting’s What The Heck, Julian Marquez opened up on a myriad of topics. One of them was whom he would like to fight next. Addressing the same, Marquez asserted that he’d like to face YouTube superstar and internet personality Jake Paul next. Marquez said:

“I think it’s amazing. I think it’s great. It’s entertainment. I love entertainment. Ben Askren, Jake Paul, April 17th – Two guys going in there, two competitors. Well, one competitor, one YouTuber. You know, good boxing. It’s great. We’re all talking about it. We all love it. I’m with it. I’ll take winner.” (*H/T Sportskeeda for the transcription)

Following his amazing win at UFC 258, Julian Marquez went on to give a memorable post-fight interview, calling for singer and actress Miley Cyrus to be his Valentine. Cyrus responded and the duo are now making headlines in the MMA and pop culture realms.

Julian Marquez and Jake Paul both happen to be excellent on the microphone. While they’re yet to reach the pinnacle of their respective combat sports – Marquez in MMA and Paul in boxing – it’s undeniable that these talented fighters have the gift of gab.

Marquez’s UFC 258 interview and its fallout, and Jake Paul’s internet empire, are evidence of how effective they are at captivating fans worldwide. That said, Paul has consistently emphasized that anyone who wants to fight him would have to do so in the sport of professional boxing.

Therefore, Julian Marquez would first have to get out of his UFC contract, come to terms with Jake Paul for a professional boxing match, and only then would their fight come to fruition. Presently, the consensus is that a Julian Marquez vs. Jake Paul fight is unlikely to happen anytime soon.