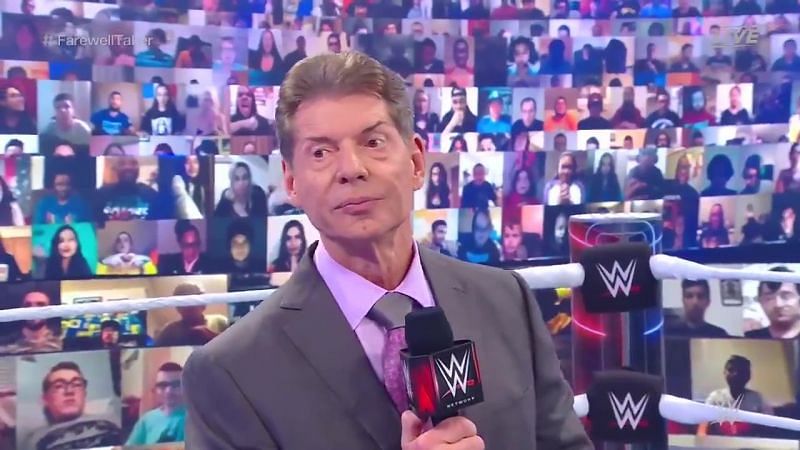 
In late 2020, WWE introduced the world to the ThunderDome, a state-of-the-art viewing experience that virtually enables fans to participate in WWE’s programming during the COVID-19 pandemic.

WWE Producer TJ Wilson, also known as Tyson Kidd, revealed that the company pipes in fake crowd noises into the ThunderDome to help the performers.

During the beginning of the pandemic, WWE began filming in the Performance Center without an audience. The company later started using some of the NXT talents as audience members before moving RAW and SmackDown to the Amway Center, and then to Tropicana Field in Florida.

During a recent interview with Chris Van Vliet, TJ Wilson stated that he asked WWE Executive Vice President Kevin Dunn to pipe crowd noises into the ThunderDome to help the wrestlers after Bayley’s suggestion.

“I like to think that I definitely have my pulse on the talent and I ask them questions, and Bayley, she’s the one who told me. The first ThunderDome was a SmackDown so then that was a Friday, the following Monday is when — so two days later, I just ask Kevin if we could pipe in the noise, I think it would help. So Bayley brought it to my attention and I asked a lot of people, and they all kinda said the same that they thought noise would help them so…” (H/T POST Wrestling)

The fake crowd noises were a big improvement, as they brought more life to the shows and made it feel as if the fans were present in the arena.

TJ Wilson added that he believes the piped-in crowd noises are very helpful and the fans have a chance of losing themselves in the ThunderDome.

“I think it helps at a lot, at least it kinda helps you have a chance of losing yourself in it and let it go and obviously, if you sit and think, ‘It’s not real noise.’ Like the audience is real people, just virtually. If you psych yourself out, I’m sure it’s probably easy to really psych yourself out in this environment.”

WWE’s developmental brand, NXT, also introduced a similar setup to the ThunderDome which they dubbed the Capitol Wrestling Corporation, though it includes a limited number of fans in the crowd.