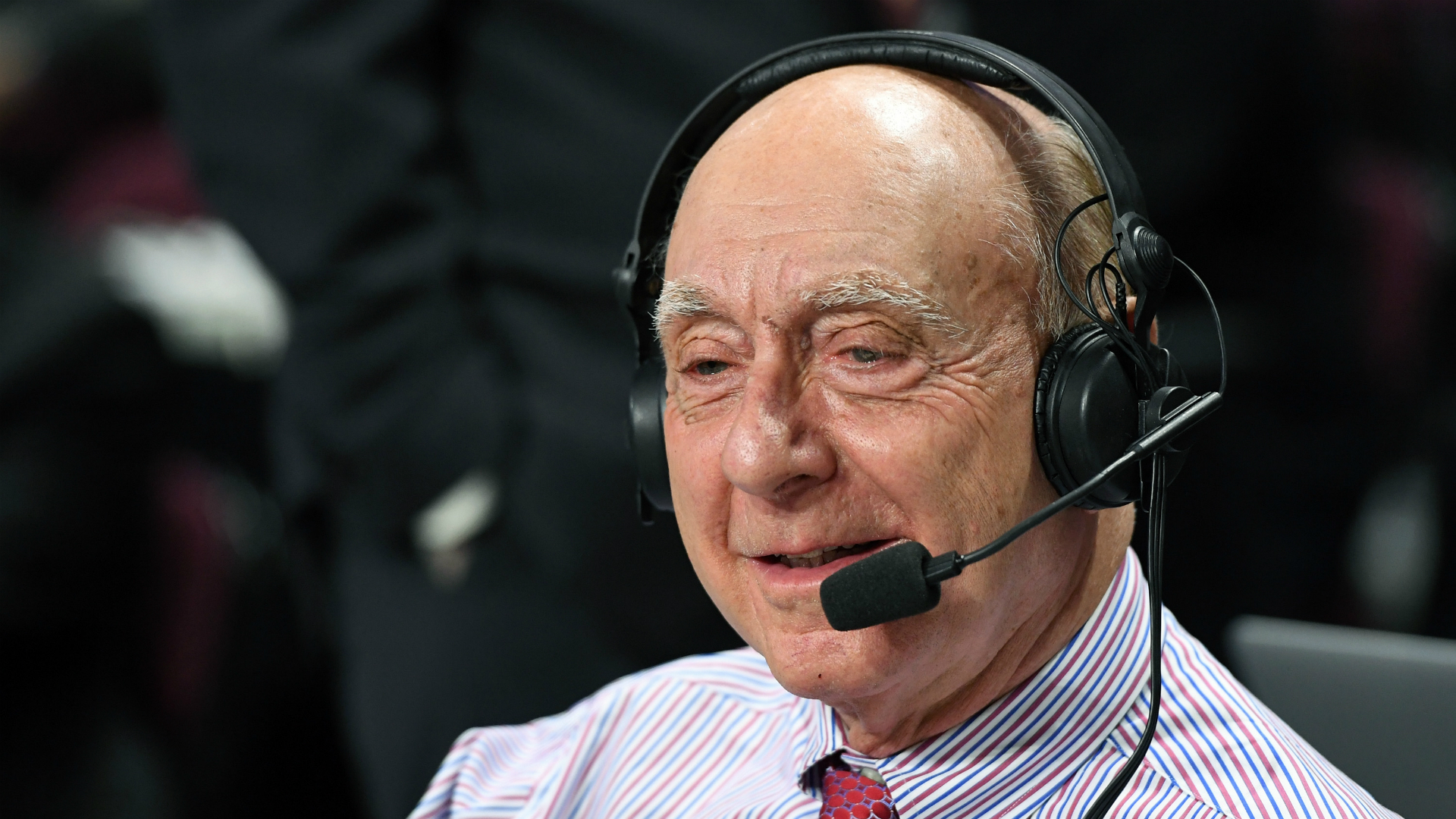 You can hear the Jersey in his voice, the voice that has made Dick Vitale millions, but it has not been his home for more than three decades. He is a Floridian now, a resident of the Tampa Bay area, loving the weather that allows him to play tennis regularly and bonkers about the area’s pro sports teams.

The guy who used to (occasionally) cut school to head to Yankee Stadium and once wound up on the field with a buddy because they were looking for the ticket window and found an open door to paradise instead — that guy now is in love with the Rays, Lightning and Bucs, and not just because each of them advanced to the championship game or series of their leagues in the past year.

He is, in many ways, the reigning SuperFan of Tampa sports. So of course he is a transplant.

And this has been a year that has Tampa Bay sports fans freaking out.

The Lightning won the Stanley Cup in late September. The Rays won the AL pennant and played in the World Series a month later. And now the Bucs will battle the Chiefs in the 55th Super Bowl — at Raymond James Stadium in Tampa, where the Bucs have played their home games since 1998. No team before has played the Super Bowl in its own stadium.

“I want to go in the worst way,” Vitale said. “The Bucs told me they could get me two tickets if I want to sit in the crowd. I don’t want to take a chance in the crowd. With COVID-19, at 81 years old, I just can’t take that chance.”

He will revel in the Bucs’ success, though. He has been a season-ticket holder for years, even attended a couple of games this season and sat in a box with his wife, Lorraine.

Not all that long ago, with so many years passed since the Tampa Bay won the Super Bowl at the end of the 2002 season or even got into a playoff game, Vitale “literally could not give away” his Bucs tickets when he was unable to use them. Had it been a non-pandemic year in 2020, he suspects acquaintances would have been lining up for the chance to see Tom Brady and friends execute a turnaround season.

As a fan, Vitale has been most closely associated with the Rays, partly because it’s even easier for him to stand out among their smallish fan base, mostly because he was all-in from the day in 1995 that the region was granted an expansion franchise.

He described himself as “addicted” to Rays baseball, enough that he knows the minor league system and is aching to see how shortstop prospect Wander Franco eventually will develop. Scouts have told him to expect “instant stardom.”

MORE: Do Bucs really have home-field advantage in Super Bowl 55?

He laments the analytics-driven decision to remove lefty pitcher Blake Snell from World Series Game 6 against the Dodgers with the Rays ahead 1-0 and Snell working on a two-hitter.

“You should have been with me — you wouldn’t have wanted to be with me — watching the World Series,” Vitale said. “After one or two innings, I said, ‘That is the Blake Snell of 2-3 years ago, the Cy Young guy.’ They took him out of the game, and it went South.

“I felt the only chance we had to beat the Dodgers was we needed a shutout, because our bats could not touch their guys.”

After Snell left, the Dodgers scored three times and soon celebrated their first championship since 1988.

As someone who has been deeply into basketball his entire life — and the seasons run concurrently — Vitale acknowledges he is not as much a hockey guy. But he cheers for the team and has a great friendship with Lightning coach John Cooper, who has done extensive work with Vitale’s annual gala to raise funds to fight childhood cancer through the Jimmy V Foundation.

In the 2018-19 regular season, which ended just after Virginia won the NCAA Tournament, the Lightning accumulated a staggering 128 points. No team in the NHL was close to that figure. And then the Lightning went out and were eliminated in the first round of the Stanley Cup playoffs by the Columbus Blue Jackets.

Vitale may not know hockey as well, but he totally gets sports. So he told Cooper then that he was about to become “the Tony Bennett of hockey.” He did not mean Cooper would be hitting the karaoke bar to sing “Rags to Riches.” He meant the Lightning would return the next season and pull off exactly what UVa and its brilliant young coach had: bounce back from the first-round humiliation of a loss to 16th seed UMBC to win it all the following year.

In that analogy, the Blue Jackets become a tiny mid-major pulling off a once-in-a-lifetime upset. But, hey, it worked — because the Lightning did exactly as Virginia had.

“I pounded it in him — I don’t know how many times during the course of the year: This is the year, man, you’re going to do it,” Vitale said. “In fact, we did an event together, had the whole hockey team there and I spoke, and I told them that story, too, about Virginia. And, sure enough, when they won … he’s on Scott Van Pelt’s show on ESPN, and what does he do? He wears a Virginia hat. A lot of people didn’t understand why he was wearing a Virginia basketball hat. He called me up and said, ‘I hope you saw that!’”

Vitale expects to watch the Super Bowl from home. He aches for the region, because as wonderful as all of this has been for the people who love sports in the community, he understands what a bonanza it would have been for the area’s businesses if the pandemic were not limiting tourism, game attendance and celebrations.

“You realize, financially, what having the Super Bowl would have meant to the people of this area? I feel bad for those people,” Vitale said. “But it has been phenomenal. Brady coming here was just the greatest news. To this day, I cannot logically comprehend how New England — no matter what it took — could not sign that guy and keep him to finish his career.

“When initially it was reported that he was looking possibly at Tampa Bay, I kept telling people: There is no way in the world they’re going to let him get away. Just certain guys, like him and Derek Jeter, they’re lifetime guys. I just felt that way. What a break that was, getting him. He brought a special culture to the locker room. He has such leadership qualities.”

One catch: Vitale didn’t recognize Mahomes without his KC helmet.

“I didn’t even know he went to Texas Tech, to be honest with you,” Vitale said. “I’m getting ready to do game on ESPN International. A guy comes over and says, ‘There are some people who want to take a picture with you.’ So I go over, take a picture.

“I come back, my research guy says, ‘For some reason I don’t think you know who you were just taking a picture with.’ I said, ‘It was some fan.’ He says, ‘Fan? That was Patrick Mahomes.’ I ran back, I said, ‘Patrick, I didn’t recognize you.’”

Will that be extra motivation for Mahomes, to stick it to one of the Bucs’ biggest fans?