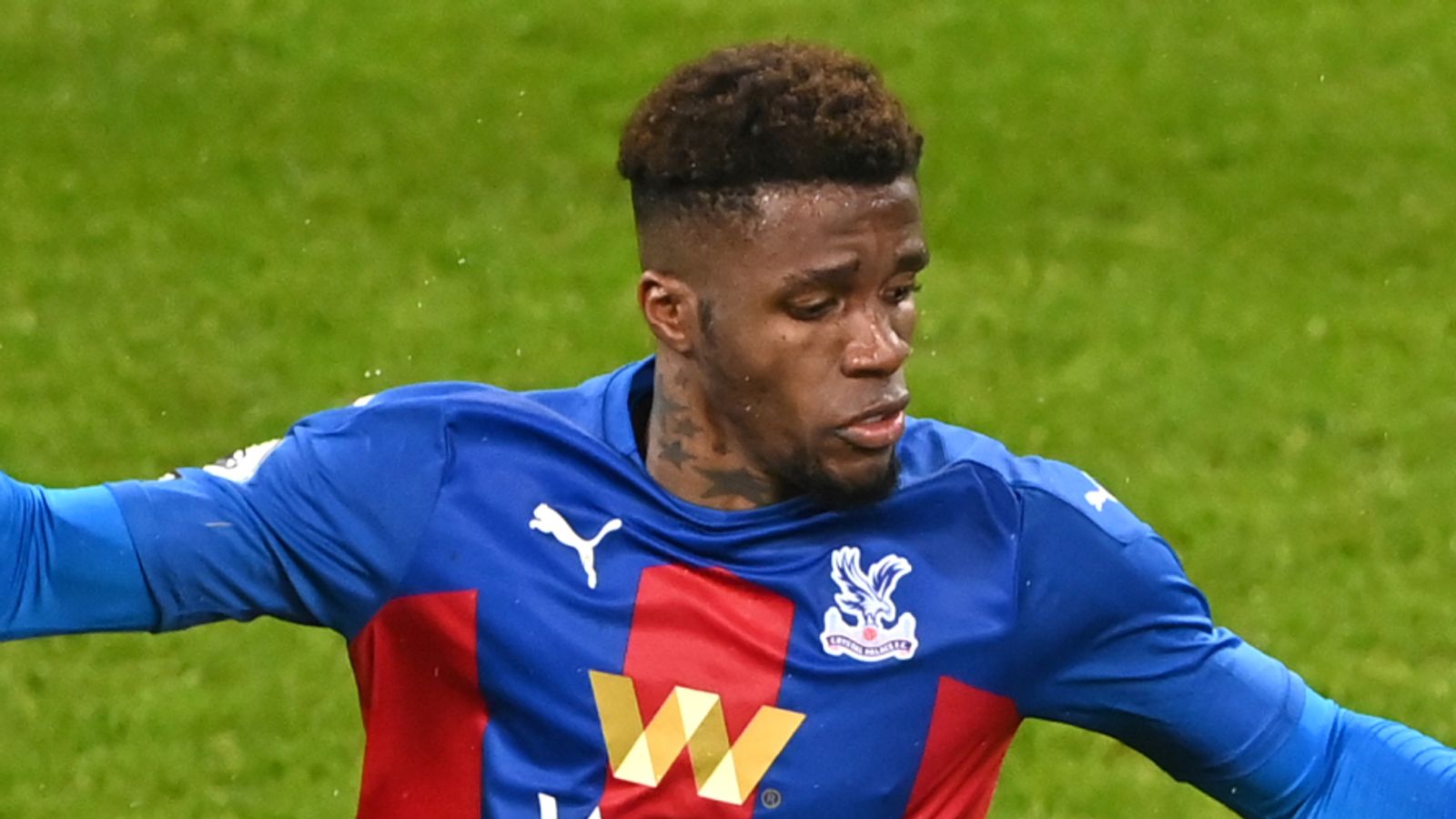 
Crystal Palace manager Roy Hodgson admits he does not know how long Wilfried Zaha will be out for after joining a long list of injured players with a hamstring issue.

Zaha, the club’s top goalscorer with nine Premier League goals this season, was forced off during the midweek win at Newcastle.

The injury will rule Zaha out of the clash with Marcelo Bielsa’s Leeds and he becomes the 10th first-team player in the Eagles’ treatment room.

“We don’t know how long it’s going to keep him out but he certainly won’t be available for this game and it could even be much longer than that,” Hodgson said ahead of the game live on Sky Sports.

“You never know with these hamstring injuries, but Wilf is incredible in terms of recovery so I wouldn’t want to put a definite timeline on it, but it is a muscle strain and all muscle strains take time to heal.

“Our people will be doing their level best to get him back on the field as soon as possible and until then we will miss him because he is a very important figure in our attacking play.”

Palace have been without Wayne Hennessey (thigh), Nathan Ferguson (knee) and Connor Wickham (thigh) for the majority of the season, and Mamadou Sakho (thigh), James Tomkins (eye) and Jeffrey Schlupp (hamstring) recently joined them in the physio room.

Full-back Joel Ward also sat out the trip to St James’ Park with a knock, but he could be part of the squad on Monday.

Hodgson added: “It is a strange situation. From being in a position where he had an awful lot of players available, especially in certain positions, now we are scratching around wondering who could play and fill in for us.

“I am hoping James McArthur, who has missed the last couple of games, with a bit of luck he might be back relatively soon but this weekend might be too quick for him.

“McCarthy is another week away. Tomkins and Schlupp are much further away so that is where we are.

“Joel Ward will have a chance to be available, so that is a possible advantage for us, but we won’t know until he does a training session with the physio tomorrow and then hopefully with us on Sunday before the trip to Leeds.”

The incredible growth of the global tablet market could be short-lived
syria: Central Asia’s biggest state brings back citizens from Syria in a major diplomatic victory