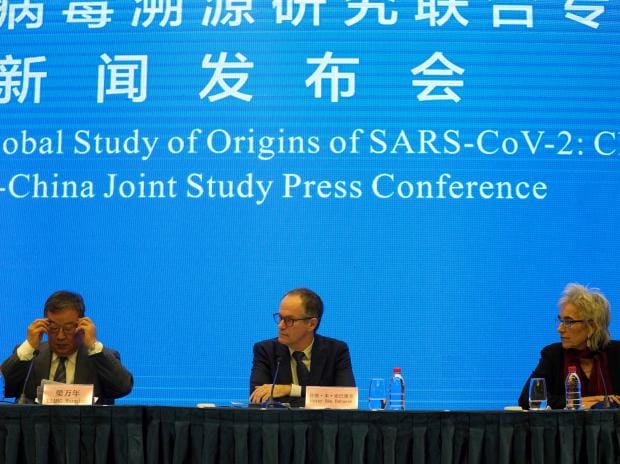 WHO says coronavirus unlikely to have leaked from China lab

The coronavirus is unlikely to have leaked from a Chinese lab and is more likely to have jumped to humans from an animal, a World Health Organization team has concluded, an expert said Tuesday as the group wrapped up a visit to explore the origins of the virus.


The Wuhan Institute of Virology in central China has collected extensive virus samples, leading to allegations that it may have caused the original outbreak by leaking the virus into the surrounding community. China has strongly rejected that possibility and has promoted other theories for the virus’s origins. The WHO team that visited Wuhan, where the first cases of COVID-19 were discovered in December 2019, is considering several theories for how the disease first ended up in humans, leading to a pandemic that has now killed more than 2.3 million people worldwide.

“Our initial findings suggest that the introduction through an intermediary host species is the most likely pathway and one that will require more studies and more specific targeted research,” WHO food safety and animal diseases expert Peter Ben Embarek said at a news conference Tuesday.


“However, the findings suggest that the laboratory incidents hypothesis is extremely unlikely to explain the introduction of the virus to the human population” and will not be suggested as an avenue of future study, Embarek.


The WHO team — which includes experts from 10 countries — arrived in Wuhan from Singapore on Jan. 14 and spent the first two weeks working by video conference from a hotel while in quarantine. The visit is politically sensitive for Beijing. An AP investigation has found that the Chinese government put limits on research into the outbreak and prevents scientists from speaking to reporters.


The WHO team’s mission is intended to be an initial step delving into the origins of the virus, which is believed to have originated in bats before being passed to humans through another species of wild animal, such as a pangolin or bamboo rat, which is considered an exotic delicacy by some in China.


Transmission through the trade in frozen products was also a possibility, Embarek said.


Another member of the WHO team told The Associated Press late last week that they enjoyed a greater level of openness than they had anticipated, and that they were granted full access to all sites and personnel they requested.


That expert, British-born zoologist Peter Daszak, said the team looked into issues including what the first cases were, the link with animals and what, if any, the role that imports of frozen food may have played — a theory that China has long put forward.


The visit by the WHO team took months to negotiate after China only agreed to it amid massive international pressure at the World Health Assembly meeting last May, and Beijing has continued to resist calls for a strictly independent investigation.


While China has weathered some localized resurgences of infection since getting the outbreak under control last year, life in Wuhan itself has largely returned to normal.