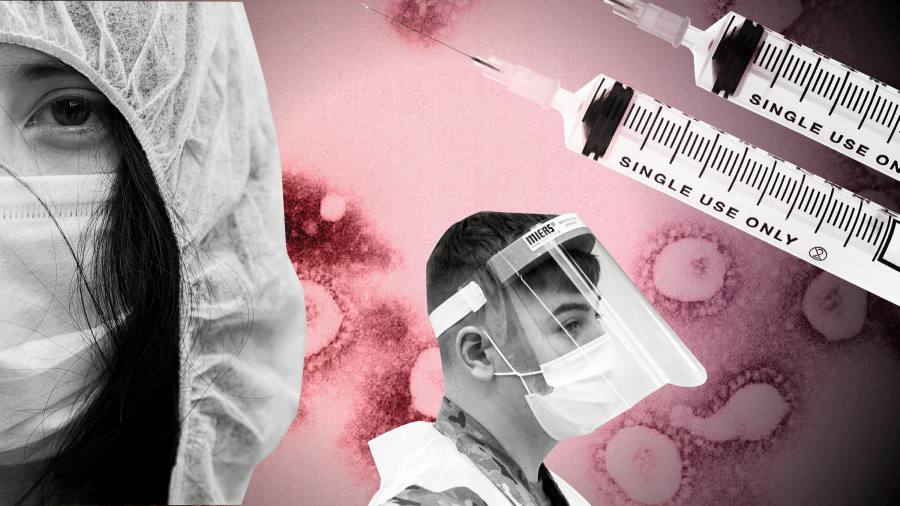 What we know about the new coronavirus strain


Scientists are scrambling to understand the new coronavirus variant that has devastated the Christmas plans of millions of people in Britain and left the UK largely isolated from the rest of the world as a result of travel bans imposed by other countries. Labelled B.1.1.7, we look at what we know and don’t know about the new strain.

Where did the new variant come from?

It was first detected in mid-October when the Covid-19 Genomics UK Consortium (Cog-UK) read the full genetic code of coronavirus in two samples that had been collected in Kent and London on September 20 and 21.

The scientists were surprised to find far more mutations than in any previous variant of the Sars-Cov-2 virus analysed since the pandemic started. Twenty-three letters of the viral genetic code had changed, of which 17 could alter the behaviour of the virus. They included several mutations on the key “spike protein” that it uses to enter human cells.

Although no one knows for sure how — or where — B.1.1.7 arose, virologists suspect that the multiple mutations occurred in a patient with a severely suppressed immune system who incubated Sars-Cov-2 for many weeks and then infected someone else. They say these conditions are likely to supercharge the mutation process.

How infectious is it and how far has it spread?

B.1.1.7 has multiplied rapidly in London and south-east England, supplanting older variants. It was responsible for 28 per cent of infections in London by early November and 62 per cent in the week ending December 9. It is also present at much lower levels in Scotland, Wales and the rest of England.

Computer modelling of the viral spread suggests the new variant could be 70 per cent more transmissible than other Sars-Cov-2 strains circulating in the UK. The modelling shows it may raise the R value of the virus — the average number of people to whom someone with Covid-19 passes the infection — by at least 0.4, making the pandemic far harder to control without stringent lockdown measures. Some specific mutations on B.1.1.7 also look as though they might make it easier to infect people.

However, no laboratory studies of the transmissibility of the new virus have been completed and some independent experts were cautious about the meaning of the UK government’s modelling. The variant’s rapid spread could be a coincidence, they said, because people who happened to be carrying the variant had behaved in ways that were more likely to transmit the virus, such as ignoring social-distancing measures.

“The question now is, of course, is this mutation emerging alongside a new wave in this region [of south-east England], or is the mutation itself responsible for creating this wave?” Christian Drosten, one of Germany’s leading virologists, said on German radio, adding that he was “not that concerned” about the new strain.

Outside the UK, the new Covid-19 variant has been identified in Denmark (nine cases), Australia (two) and Italy, the Netherlands and Iceland (one each). But scientists suspect that the virus has spread much farther afield than this smattering of cases would indicate. The UK is one of the few countries doing the intensive genomic sequencing required to identify variants. UK scientists have produced half of the publicly released Sars-Cov-2 sequences in the world.

“There are very few countries that look — and if you don’t look for it, you won’t find it,” said Mads Albertsen, an expert in microbial genetics at Aalborg University in Denmark. “I cannot imagine that it hasn’t spread worldwide by now, that seems unrealistic. It’s been in the UK for so long it must be in all countries around the world.”

Will the variant affect the immune system enough to stop Covid-19 vaccines working?

The vaccines completing trials and beginning mass inoculation programmes — from Pfizer/BioNTech, Moderna and Oxford/AstraZeneca — achieve protection by training the recipient’s immune system to recognise many different sites on the viral spike protein. Experts do not expect the mutations on B.1.1.7 to interfere with that.

“The vaccines induce neutralising antibodies to several parts of the spike and most of these would be unchanged by the mutations, so the vaccines will still work,” said Daniel Altmann, professor of immunology at Imperial College London.

“The prediction is that the new variant is unlikely to have more than a minor impact on vaccine effectiveness,” said Professor Adam Finn, a vaccine specialist at the University of Bristol. Scientists at the UK government’s Porton Down microbiology labs and colleagues at the vaccine companies are racing to confirm the veracity of that reassuring prediction.

One lab test involves infecting human cell cultures with coronavirus and then exposing them to antibodies from people who have been vaccinated. The scientists then look for any differences between the ability of the antibodies to neutralise different variants of the virus.

In the longer term, researchers will be examining the health records of people who have been vaccinated to find out whether they are more susceptible to some variants than others.

Does the variant affect how ill people become if they are infected?

The answer here is similar. “There is no evidence at the moment that the new variant causes disease which is any different from that caused by previous variants,” said Peter Openshaw, professor of experimental medicine at Imperial College London.

There is provisional clinical evidence that B.1.1.7 is increasing the “viral load” — the amount of virus present in patients’ upper respiratory tract — which is also a feature of another variant called 501. V2 that has evolved independently in South Africa. This may make the new variants transmit more readily between people but it is not clear how the greater viral load would affect symptoms in those who are infected.