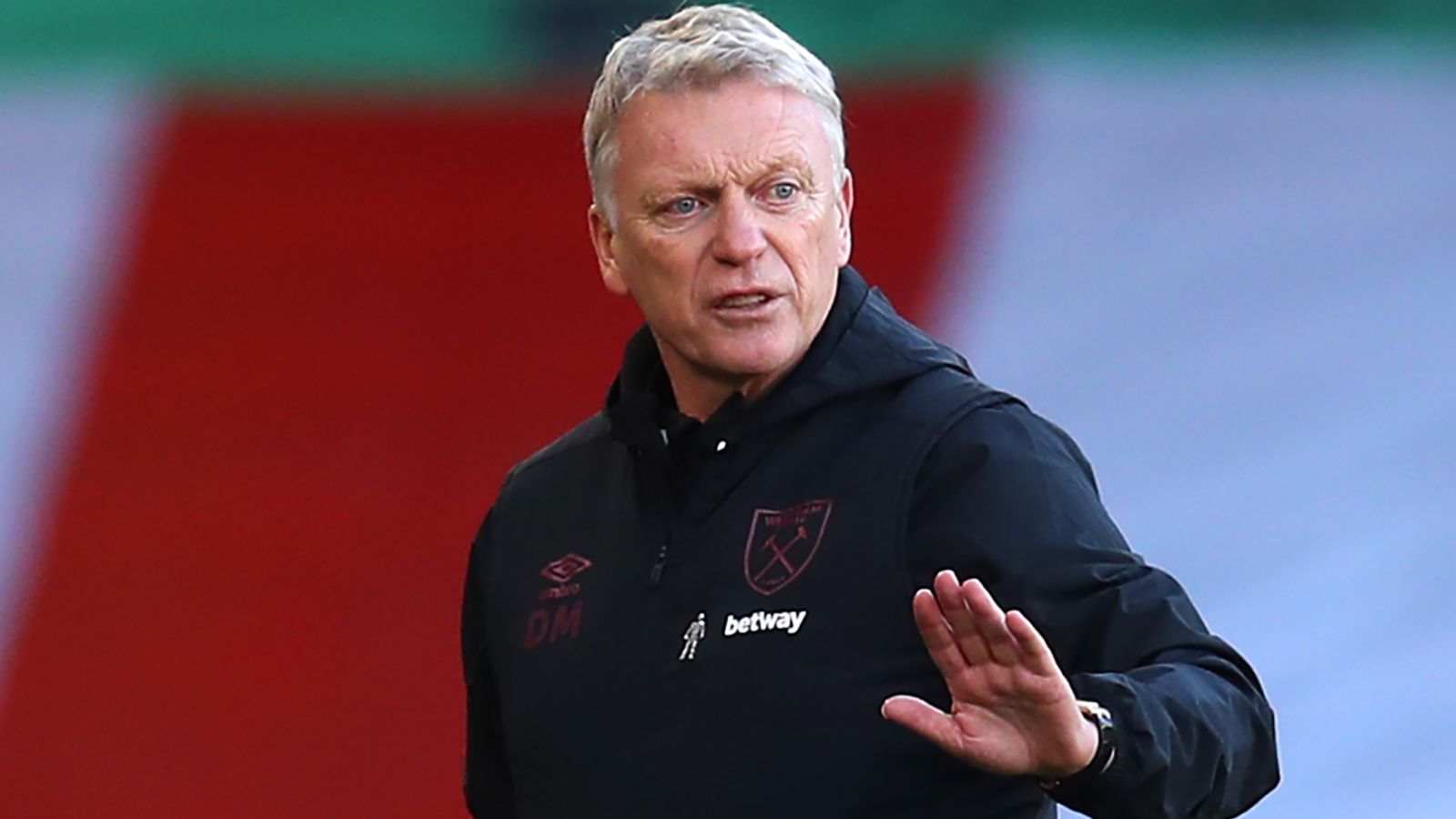 
David Moyes plans to discuss an extension to his contract at West Ham in the coming weeks but indicated he is in no rush to settle the issue as he focuses on continuing his side’s strong start to the season.

Moyes is approaching a year in charge since his return to the club last December, and will move into the final six months of his contract at the turn of the year.

After the club gave new terms to forward Michail Antonio on Friday, Moyes was asked if there were any talks over his own future, with the 57-year-old indicating he was relaxed about the situation.

“I’m more than comfortable just now,” he said. “I’ve spoken with the owners a few times and I’m in regular contact with them.

“We’ll look at things going into the new year some time but there’s no great rush. I think because of our great start we want to make sure we’re focused and we keep going.”

West Ham will go into Monday’s fixture against Chelsea on Sky Sports just one point behind opponents considered to be title contenders following their extensive summer investment.

The start has raised hopes a manager brought in to battle relegation 12 months ago could instead turn sights towards Europe, but Moyes sounded a note of caution.

“I still want to make sure I don’t over-promise the West Ham supporters because I think they’ve been over-promised,” he said. “I want to be as straight as I can.

“I think we’ve got a really good team in the making at the moment. We’ve brought in some really good, exciting players and hopefully in the next couple of transfer windows we can add to that.

“You can’t turn perceptions around of West Ham in one transfer window or two transfer windows. This is a massive oil tanker we’re turning around, or I hope we are, and we want to get it turned around and facing the right direction with everybody aboard.”

All the same, Moyes said the start gave West Ham a platform to build on in what he expects to be a tight battle for places in the top half of the table.

“I think there will be a lot of clubs being asked the same questions,” he said. “Southampton, Aston Villa, Everton…To be the best of what we consider the rest would be a big achievement for us at West Ham and we’ll take it on.

“We’re playing very well, we’ve done well in all the games and we’ll go again as long as we can.

“If we can keep everybody fit, keep our main players fit, we can give ourselves a really good chance.”

The wingers have both been sidelined with hamstring problems, but were back in full training for the first time on Friday.

Boss Frank Lampard will run the rule over both players at the last minute though, to see whether they will be ready to face the Hammers.

West Ham will check on Michail Antonio and Fabian Balbuena.

Antonio is battling to recover from the hamstring injury which has kept him out of the last three matches and Balbuena missed Wednesday’s 1-1 draw against Crystal Palace due to a minor knock.

Chelsea vs West Ham will be broadcast live on Sky Sports Premier League and Main Event from 7.45pm on Saturday; kick-off at 8pm. Sky Sports customers can watch in-game clips in the live match blog on the Sky Sports website and app. Free highlights will also be published on the Sky Sports digital platforms and the Sky Sports Football YouTube channel shortly after the final whistle.

Who is Paul Varelans, the UFC legend battling a serious case of Covid-19?