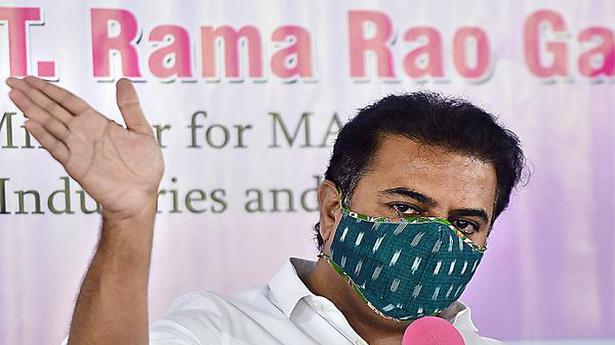 Water availed up to 20k litres in Dec. not to be charged


The State government has decided to supply free drinking water up to 20,000 litres per month to households in the City, as promised by Chief Minister K. Chandrasekhar Rao during the recent GHMC elections, from the first week of the New Year.

This was stated by Minister for Municipal Administration and Urban Development K.T. Rama at a meeting on the subject with Chief Secretary Somesh Kumar and officials the Hyderabad Metro Water Supply and Sewerage Board here on Saturday. In his election promise Mr. Chandrasekhar Rao had stated that the households, including apartments, would get free water supply from December month itself.

The Chief Minister, in the capacity of president of ruling Telangana Rashtra Samithi (TRS) in the party’s GHMC election manifesto on December 23, even went on to state that households need not pay water bills from December, charges for the month payable in January. He had also stated that the decision would benefit nearly 97% of nearly 10 lakh domestic water supply connections in the City.

Keeping the Chief Minister’s promise, Mr. Rama Rao said at the meeting on Saturday that the free water supply scheme would be launched in the City in the first week of January and instructed the officials of HMWSSB not to charge for water availed up to 20,000 per connection in the bills to be issued for December in January.

The Minister also asked the officials ready the guidelines of the scheme in the next couple of weeks. He also reviewed the water supply in the City and said it was growing every year. However, the water board had been able to meet the demand with the help of water supply infrastructure improvement being taken up every year.

He also wanted the officials to prepared plan to supply sufficient water in the coming summer season.

Anxiety clouds China’s rush to vaccinate parts of the world