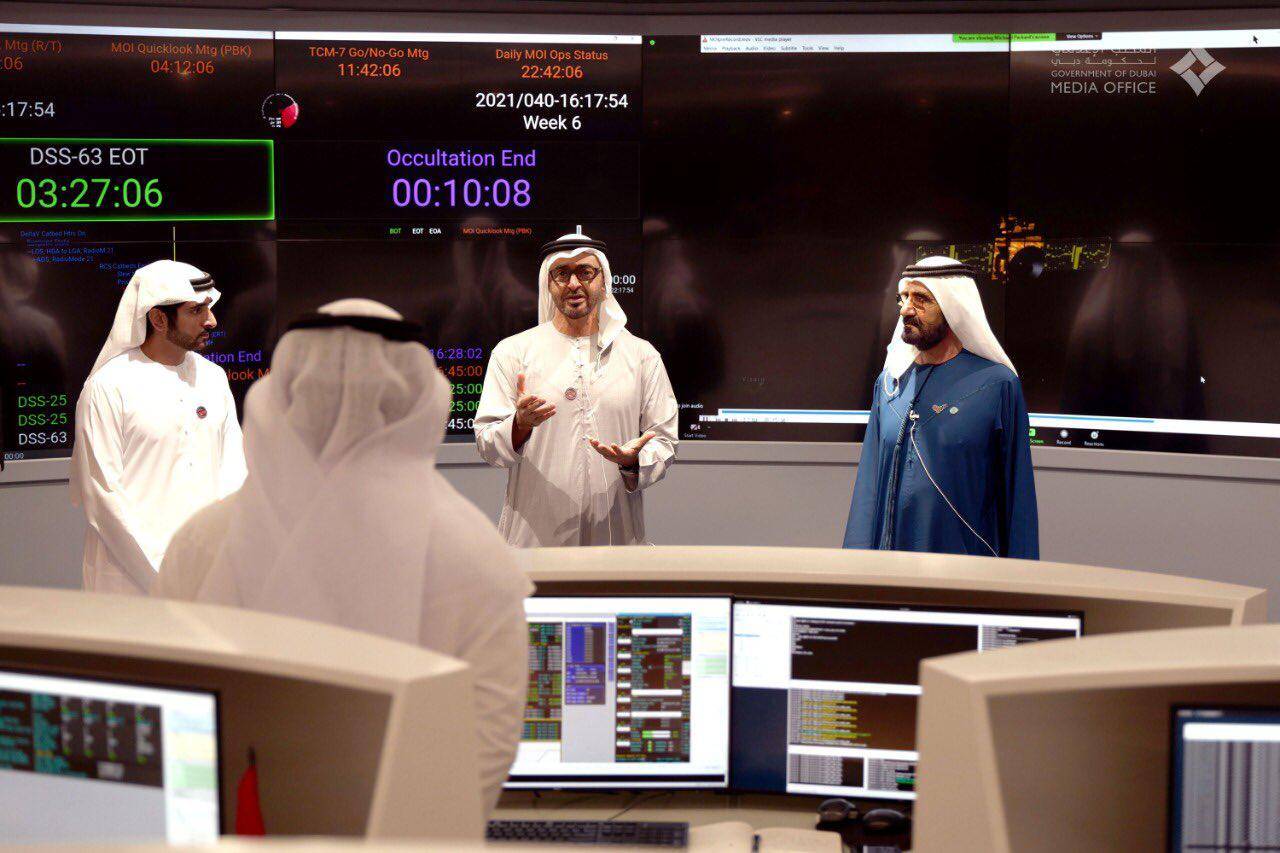 At exactly 7.42pm on Tuesday, February 9, Mars got a very special guest: A spacecraft from the UAE.

The Hope Probe got into its orbit after a nail-biting 27-minute manoeuvre that involved reversing and firing its six Delta V thrusters.

ALSO READ: ‘All thanks to Allah’: How UAE announced Hope Probe success

They went down to the Hope mission ground control station in Dubai.

>> Our next accomplishments will be even bigger: Sheikh Mohammed bin Rashid

Sheikh Mohammed said: “The Hope Probe’s historic arrival to Mars is the greatest celebration of the 50th anniversary of our country. It sets the beginning of the next 50 years with boundless ambitions and dreams.

“Our next accomplishments will be even bigger and greater.”

Sheikh Mohammed bin Rashid noted that the UAE’s biggest success is building national scientific expertise who will contribute to the international science community.

“We dedicate our Mars achievement to the people of the UAE and the rest of the Arab world. Our success proves that Arabs are capable of reviving the region’s legacy and status in the scientific sphere.”

Sheikh Mohamed bin Zayed said the probe’s successful arrival to Mars is an “Arab and Islamic achievement that was made possible by the relentless efforts of our youth”.

“The mission marks our entry in the global race to space. The probe’s arrival to the Red Planet celebrates our journey of 50 years in the best image that fits the UAE and captures its true story to the world.

The entry of the Hope Probe into the orbit of Mars is a significant accomplishment in our nation’s history. This achievement was made possible by the Emirati pioneers whose work will inspire future scientists and engineers for generations. We are immensely proud of them.

“The Emirates Mars Mission paves the way for the next 50 years of sustainable scientific development in the UAE.

“The human capital is the true wealth of our nation. Investing in our people forms the main pillar of all our development strategies and policies.”

Sheikh Mohamed bin Zayed stressed that the Emirati youth will be the ones leading “our development for the next 50 years” with their acquired knowledge and skills.

Sheikh Hamdan bin Mohammed said the mission drafts a new chapter in the UAE’s record of achievements in the space science sector.

…
A mission of hope and determination. A moment of pride for all Emaratis. pic.twitter.com/suo8YR7Jjc

He said: “The UAE’s celebrations of the 50th anniversary has become associated with the arrival to Mars, which places a big responsibility on the next generation to make greater achievements in the next 50 years.”