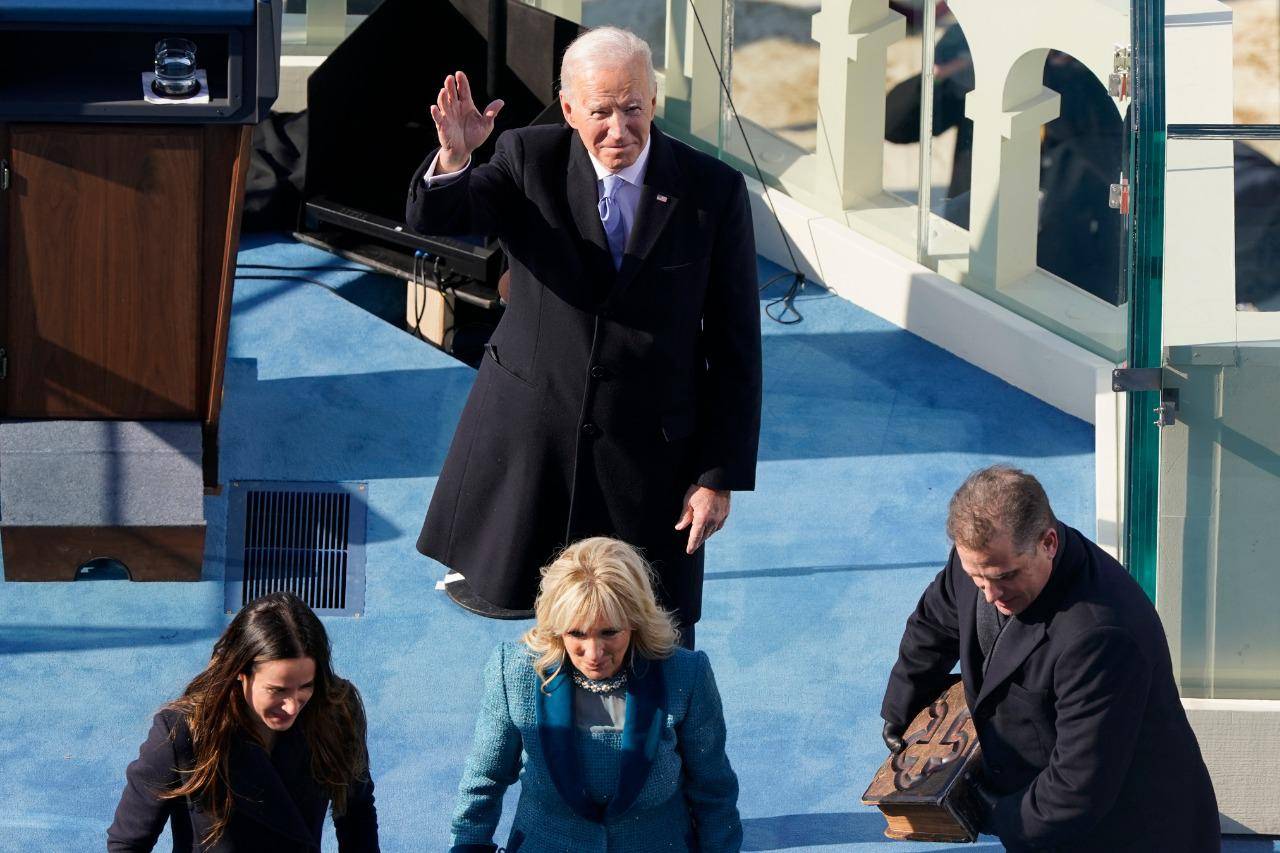 President Joe Biden on Wednesday will immediately reset the nation’s response to the Covid-19 crisis when he heads to the Oval Office after being sworn in to lead a country reeling from its worst public health crisis in more than a century.

As part of a first sweep of executive actions, Biden will order that all federal employees wear masks and make face coverings mandatory on federal property.

He will establish a new White House office to coordinate the coronavirus response and halt the withdrawal of the United States from the World Health Organization, a process initiated by the outgoing president, Donald Trump.

The orders signal that Biden aims to fulfill his campaign promise to make COVID-19 relief a top priority and will mark a sharp divergence from the Trump administration’s pandemic response, which critics say was ineffectual, uncoordinated and at least partly responsible for the death of more than 400,000 Americans.

Congratulations to @JoeBiden on being sworn in as President of the United States and to @KamalaHarris on her historic inauguration. America’s leadership is vital on the issues that matter to us all, from climate change to COVID, and I look forward to working with President Biden.

“I look forward to working with him (Biden), and with his new administration, strengthening the partnership between our countries and working on our shared priorities: from tackling climate change, building back better from the pandemic and strengthening our transatlantic security.”

Thank you for the inspiring inaugural address and for the offer to cooperate.

“The United States is back. And Europe stands ready. To reconnect with an old and trusted partner, to breathe new life into our cherished alliance. I look forward to working together with @JoeBiden.”

“Today is a good day for democracy. In the United States of America, it has faced tremendous challenges — and endured. Despite the attempts to tear at America’s institutional fabric, election workers and governors, the judiciary and Congress, have proven strong. I am greatly relieved that, today, Joe Biden is being sworn in as president and will be moving into the White House. I know many people in Germany share this feeling.”

“The (election) victory of Biden represents the victory of democracy over the ultra-right and its three methods, the massive deception, the national division and the abuse, even violent, of democratic institutions… Five years ago, we thought Trump was a bad joke, but five years later we realized he jeopardized nothing less than the world’s most powerful democracy.”

Wishing good work to President @JoeBiden and Vice-President @KamalaHarris. This is a great day for democracy, reaching far beyond the American borders. Italy stands ready to face the challenges of our common international agenda together with the United States. #InaugurationDay

“We are looking forward to the Biden presidency, with which we will start working immediately in view of our presidency of the G20. We have a strong common agenda, ranging from the effective multilateralism that we both want to see,to climate change, green and digital transition and social inclusion.”

“Russia and its president are in favour of preserving this agreement… If our American colleagues will in fact demonstrate a political will to preserve this pact by extending it, this can only be welcomed.”

“Congratulations President Joe Biden and Vice President Kamala Harris on your historic inauguration. President Biden, you and I have had a warm personal friendship going back many decades. I look forward to working with you to further strengthen the US-Israel alliance, to continue expanding peace between Israel and the Arab world, and to confront common challenges, chief among them the threat posed by Iran.”

Ball Is In America’s Court: Iran On Nuclear Deal

Trump Didn’t Speak To Biden But Left Him A Note