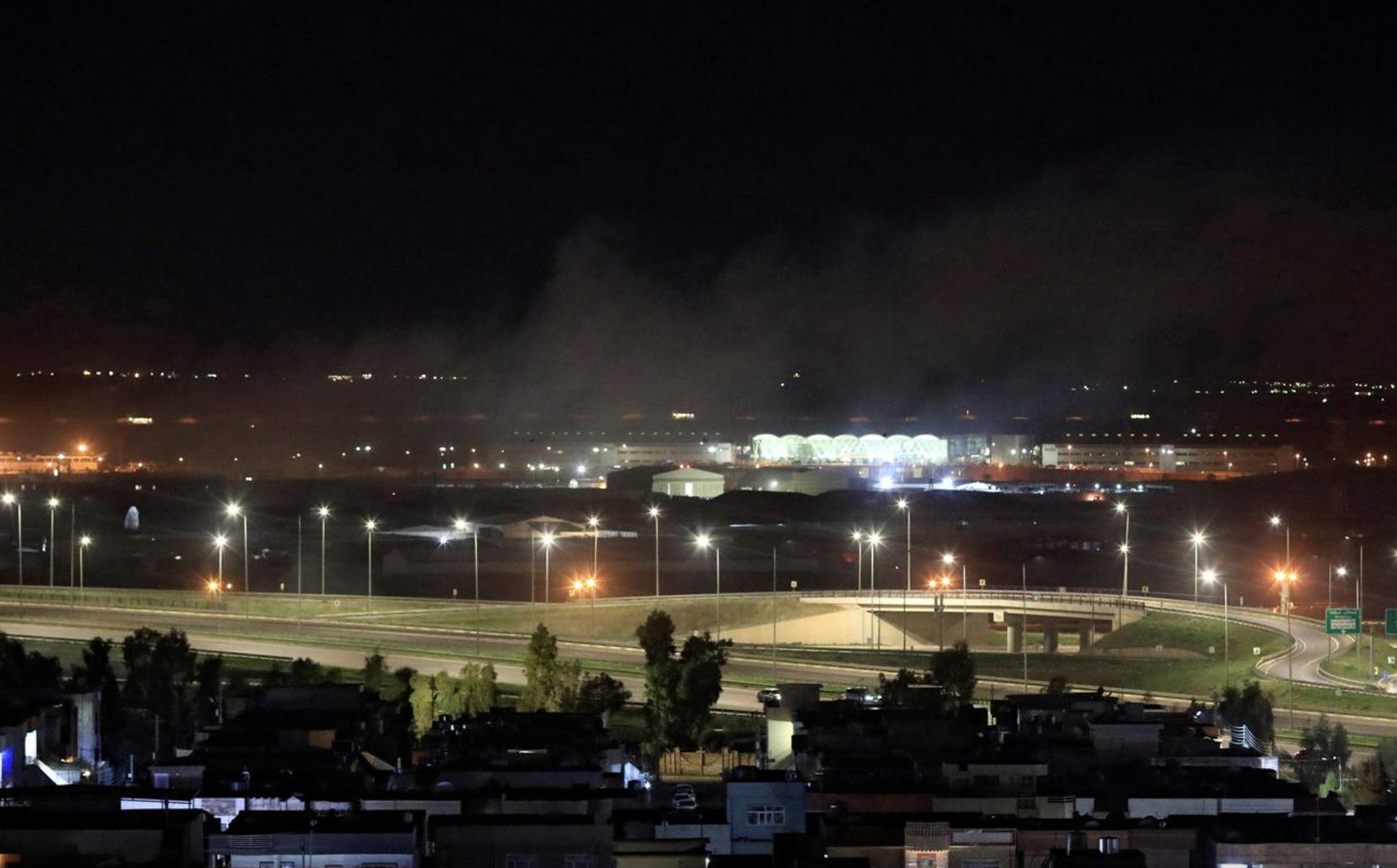 US ‘outraged’ after deadly rocket attack on Iraq military base – News

The attack killed a civilian contractor and wounded five other people, including a US service member.

A rocket attack at a US-led military base in Kurdish northern Iraq on Monday killed a civilian contractor and wounded five other people, including a US service member, the US coalition in Iraq said.

It was the deadliest attack to hit US-led forces in almost a year in Iraq, where tensions have escalated between US forces, their Iraqi and Kurdish allies on one side and Iran-aligned militias on the other.

A coalition spokesman said on Twitter the attack hit coalition forces in the Kurdish regional capital of Irbil, and that more details would follow.

Kurdish security sources said at least three rockets landed near Irbil International Airport in the autonomous region late at night. US troops occupy a military base adjacent to the civilian airport.

A statement from the Kurdish interior ministry said a number of rockets were fired towards Irbil and its outskirts around 9.30pm local time and some people were wounded, but it offered no further details.

A group calling itself Saraya Awliya Al Dam claimed responsibility for the attack on the US-led base, saying it targeted the “American occupation” in Iraq. It provided no evidence for its claim.

US Secretary of State Antony Blinken said that the US was “outraged” by the attack.

In a statement, Blinken said he had reached out to Kurdistan Regional Government Prime Minister Masrour Barzani “to discuss the incident and to pledge our support for all efforts to investigate and hold accountable those responsible”.

“We are outraged by today’s rocket attack in the Iraqi Kurdistan Region,” Blinken said in a statement.

The attack was the first time Western military or diplomatic installations have been targeted in Iraq in nearly two months, after a string of such incidents.

Rupee Climbs 5 Paise To 72.63 Against US Dollar In Early Trade