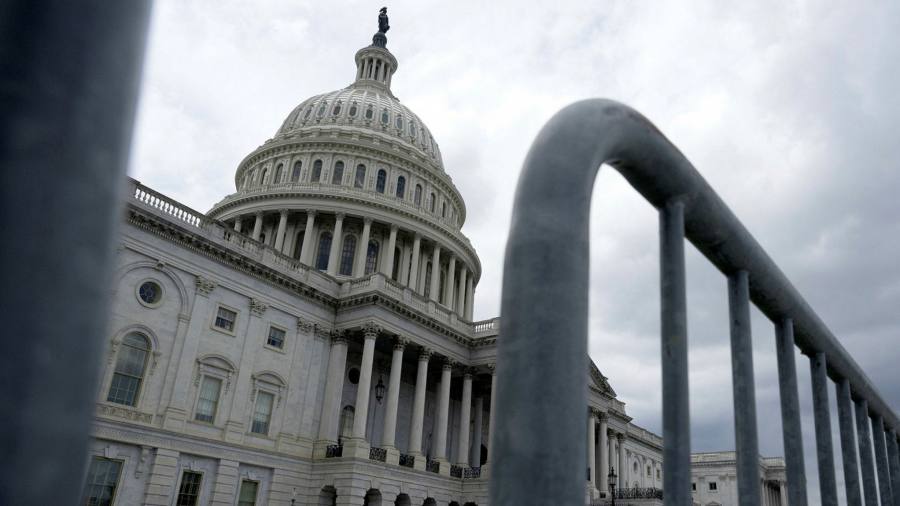 US economy in peril as unemployment payments expire

US lawmakers are facing increasingly shrill warnings over the dangers to the economy as Congress and the White House struggle to reach a deal on a new fiscal stimulus package, leaving millions of Americans without vital safety net payments and risking not just the US but also the global recovery.

The White House chief of staff Mark Meadows on Sunday said the two sides were still far apart, despite progress over the weekend following the expiry of emergency unemployment benefits.

The impasse on Capitol Hill has echoes of other US budgetary stand-offs in the past — which were also marked by moments of political brinkmanship — but with much higher stakes given the recession triggered by the coronavirus pandemic.

“We still have a long ways to go,” Mr Meadows said on CBS’s Face the Nation. Mr Meadows, who has been leading talks on the Trump administration side with Steven Mnuchin, Treasury secretary, said a session on Saturday had gone well but he was “not optimistic” that there would be an agreement “in the very near term”.

The failure to reach a compromise by July 31 has left more than 25m people in the world’s largest economy grappling with sudden austerity, after the expiration of benefits worth $600 per week.

Democrats have wanted to renew them at the same level until early 2021, but Republicans have resisted, initially arguing that new stimulus was not necessary and then pushing for much smaller payments, making it one of the biggest and most economically consequential sticking points in the talks.

The current stand-off stands in sharp contrast to March and April, when the White House and Congress rapidly converged on $3tn in fiscal support to sustain the economy during the first lockdowns, helping prop up US and global markets.

Now the lack of a deal has caused anxiety at the Federal Reserve, whose chairman, Jay Powell, has repeatedly nudged Congress to offer more support for the economy.

“Globally, other economies have benefited from their own regional and domestic fiscal and monetary policies more than from spillovers from the US,” said Douglas Rediker, a former senior Treasury official in the Obama administration but “US aggressive leadership was important as a signal, as much as it was to provide indirect global stimulus.”

US economists have warned that unless a deal is reached on unemployment benefits, there could be additional job losses in the US at businesses hit by a drop in consumer spending, further widening the human suffering.

“People are going to get evicted, they are going to be unable to feed their families,” said Martha Gimbel, the manager of economic research at Schmidt Futures. “Think about the massive amount of money that has been sucked out of this economy, the government should desperately be trying to put it back in,” she added.

On Sunday, Mr Mnuchin said he remained hopeful for a deal, with a new round of negotiations expected on Monday. “The president wants us to get a deal done quickly because this is important to the American people,” he told ABC’s This Week.

“Across both parties, there are different things that are very contentious,” he added, although he said there were also areas of agreement, such as on extending an aid programme for small businesses.

Nancy Pelosi, the Democratic House speaker, said her party was “unified” in their insistence that unemployed Americans should continue to receive $600 a week in emergency benefits, rather than the $200 proposed by the Republican side.

Steven Horsford, a Democratic lawmaker from Nevada, told the Financial Times that the Republican-controlled Senate “wants to pull the rug from underneath the majority of Americans who are still struggling”, adding: “It’s irresponsible, unconscionable, really inhumane and immoral that the Senate has left [for the weekend] without doing its job . . . Something has to get done in the very near future.”

Areas of agreement between Republicans and Democrats include a new round of direct payments to US individuals, of $1200 apiece. As well as on the unemployment benefits, the parties disagree on whether to shield businesses from liability for coronavirus infections — an idea pushed by Republicans — and whether to provide financial help for state and local governments — a priority for Democrats. 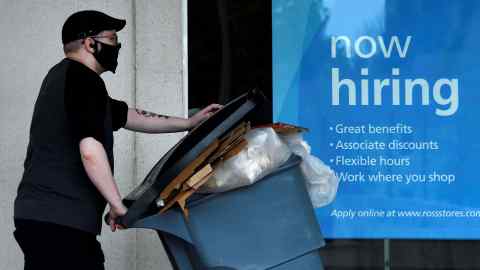 Over the past decade, the US has experienced several moments of high-stakes fiscal negotiations, including a brush with a debt default amid Republican resistance to an increase in the debt limit during the Obama administration, testy talks to avoid the lapse of George W Bush’s tax cuts in 2012, and several government shutdowns.

The hope among analysts and economists is that the current US stalemate can be resolved quickly, but the details will matter.

“The size and scope of the package will be important. Any cutback in jobless benefits will have a disproportionate impact on consumer spending, as it will hit the very segment of the population that spends virtually every penny of income,” Oxford Economics wrote in a note.

Stimulus package update: Debate over HEALS Act benefits continues. What you could get
Meet Candace Valenzuela, who could become the first Afro-Latina in Congress