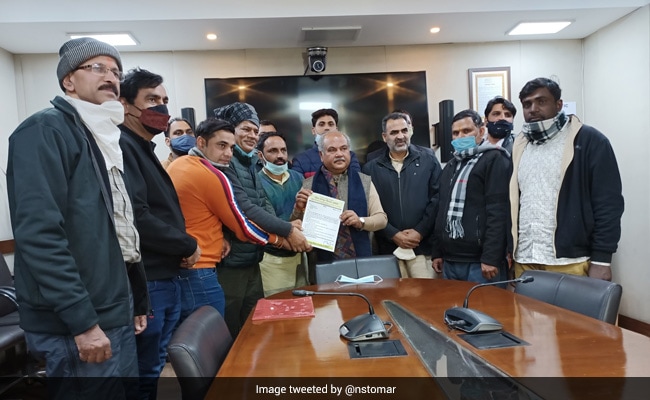 As the farmers’ protest against three farm laws entered the 25th day, yet another peasants’ body from western Uttar Pradesh met Union Agriculture Minister Narendra Singh Tomar on Sunday to extend support to the legislations.

The Hind Mazdoor Kisan Samiti (HMKS) is the seventh group of farmers that has extended support to the laws in the last two weeks. The previous groups were from Haryana, Uttarakhand and Uttar Pradesh.

In a representation submitted to Mr Tomar, HMKS secretary Satish said the association fully supports the laws that are in the interest of the farming community and will end farmers’ exploitation at the hands of middlemen.

“We urge the government to consider some amendments to ensure that the MSP procurement continues, farmers have the freedom to sell their produce within and outside mandis and that contract-farming should be on crops, not on farm land,” Satish said.

Besides these, the farmers’ body demanded free education, medical and irrigation facilities for farmers, no restriction on the use of tractors even if those are 50 years old, a waiver on tubewell bills, a timely procurement of crops, withdrawal of the cases filed against farmers for stubble-burning among others.

Farmers from different parts of the country, including Haryana and Punjab, have been camping at various border points of Delhi for three weeks to demand a repeal of the recent farm laws.

They worry that these laws will eliminate the safety net of the minimum support price (MSP), do away with the “mandi” (wholesale market) system and leave them at the “mercy of big corporates”, apprehensions the government has been insisting are misplaced.