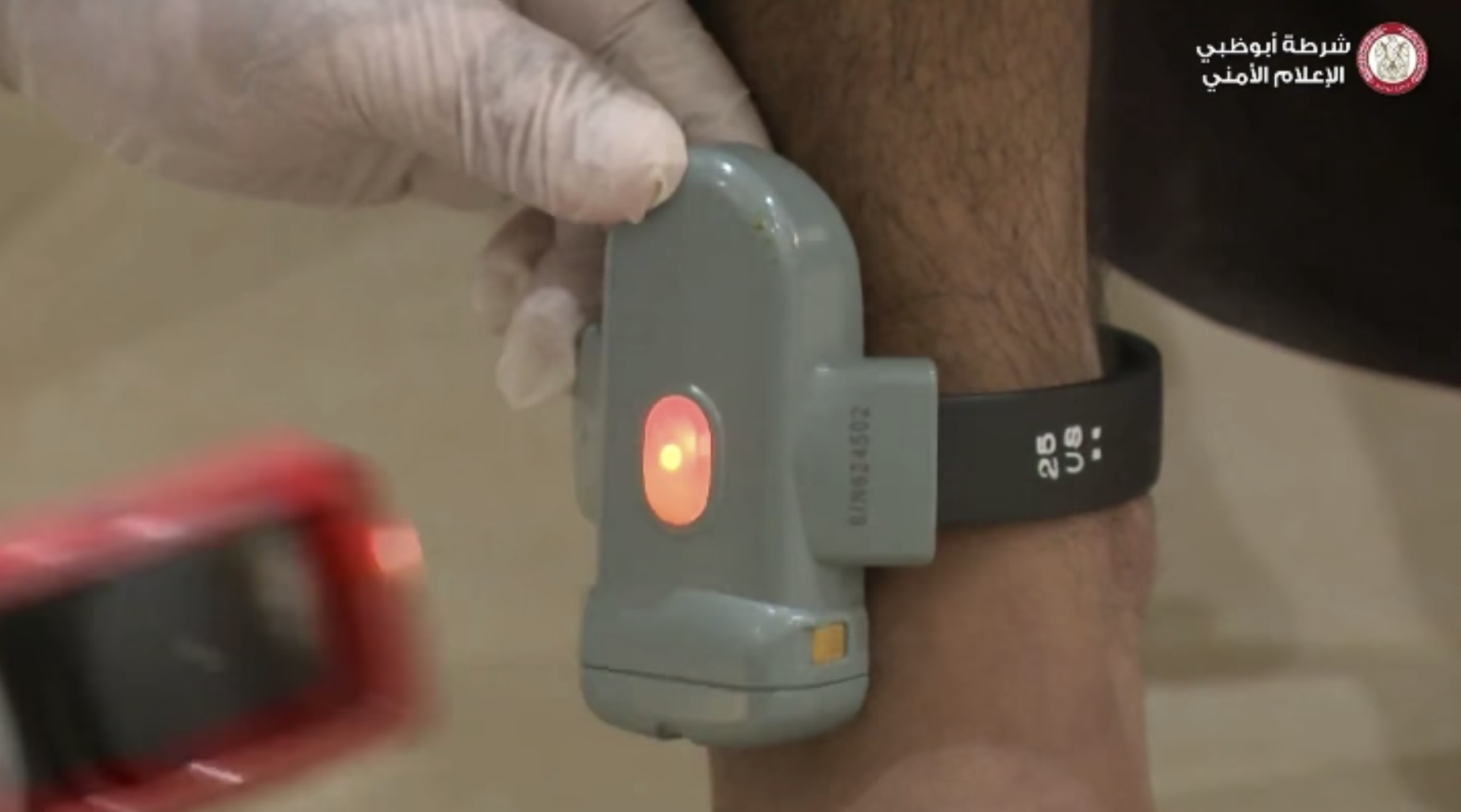 More than 160 offenders of minor crimes benefited from wearing electronic monitoring devices as an alternative to imprisonment in Abu Dhabi last year, authorities have announced.

The Abu Dhabi Police said the offenders that used the electronic monitoring technology during 2020 included 119 from Abu Dhabi, 30 in Al Ain and 14 in Al Dhafra regions.

The electronic monitoring system — which restricts and monitors the movements of people convicted in minor offences instead of jailing them — was introduced in Abu Dhabi by the police in coordination with the Abu Dhabi Judicial Department in 2018. The tracking system is an alternative to short-term jail sentences for minor offences in Abu Dhabi.

An electronic anklet is used to determine the geographical location of a convict as per restrictions imposed on him by the prosecutors.

An Abu Dhabi public prosecutor earlier said that the GPS-powered devices used for tagging of ‘house arrest’ offenders have a positive impact on them as it allows convicts to stay with their families as they serve their punishments.

“It gives the convicts a chance to reform themselves while being in the society,” said the official.

“The device controls the convicts and keeps them within the limits of their family members, preventing them from committing the crime again.

“The system allows those convicted in minor offences to stay with their children and convicted students can continue with their education as they serve their punishments.”

The offenders who had earlier been tagged with the devices include students, parents, breadwinners of families and others convicted in traffic offences, defaulters of bank loans sentenced to jail terms up to six months and certain drug offenders.

According to officials, the system can be applied to convicts of all nationalities, subject to some conditions. The inmates’ families can also request for the electronic tagging option through Abu Dhabi’s Public Prosecution and court.

The public prosecution provides the procedural facilities to make the convicts wear the electronic bracelet and the police’s follow-up department places the same on the convicted person.

The convicts are monitored all the time as they go through training and rehabilitation programmes intended to change their behaviour.

A professional journalist originating from Kampala, Uganda, Ismail is a happy father with strong attachment to family and great values for humanity. He has practiced journalism in UAE for the past 13 years, covering the country’s parliament (FNC) and crimes, including Abu Dhabi Police, public prosecution and courts. He also reports about important issues in education, public health and the environment, with a keen interest in human interest stories. When out of reporting duties, he serves the Ugandan community in Abu Dhabi as he wants to see his countrymen happy. Exercising and reading are part of his free time.

Samsung Galaxy Fold, unlocked Galaxy S10 get Android 11-based One UI 3.0 update in the US