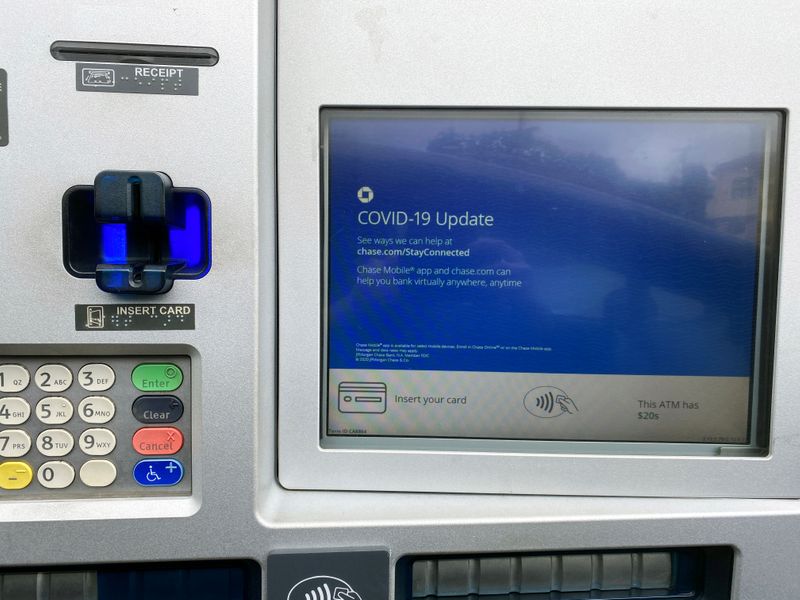 (Reuters) – U.S. consumers stuffed more money into bank accounts and paid down their credit cards last month in a signal of how some of the $900 billion in coronavirus pandemic relief enacted at the end of 2020 was put to use as the new year began.

Commercial bank deposits jumped by $97.9 billion in the week ended Jan. 27, the most in three months, to a record of more than $16.3 trillion, Federal Reserve data released on Friday showed.

Deposits were up by $226.1 billion from the end of December and since early last March have shot up by nearly $3 trillion, essentially four years of savings growth in less than a year.

The drop was led by another fall in credit card balances, which account for roughly half of non-real estate consumer credit and now stand at $735.6 billion, their lowest in more than four years. Since March, when much of the U.S. economy was first forced into shutdown mode to try to prevent the spread of the virus, households have slashed bank credit card debt by more than 14%, or about $121 billion.

Graphic: Bank deposits are at a record high https://fingfx.thomsonreuters.com/gfx/mkt/nmopaoxrzpa/Pasted%20image%201612563624518.png

The deleveraging and savings boost has come to a good degree courtesy of multiple rounds of coronavirus relief packages from the federal government, totaling roughly $4 trillion since last spring.

Many economists and policymakers see the record levels of cash in consumers’ bank accounts – now equal to roughly 75% of annual U.S. economic output versus 60% before the pandemic – as fuel for a powerful recovery later this year.

The hope is that vaccine deployment will give Americans confidence to resume activities, such as dining out and traveling, that they significantly curtailed as coronavirus infections surged through last year.

President Joe Biden pointed to the tepid payrolls report in pushing his case for another $1.9 trillion of COVID-19 relief spending, a plan Democrats are aiming to force through Congress by mid-March.