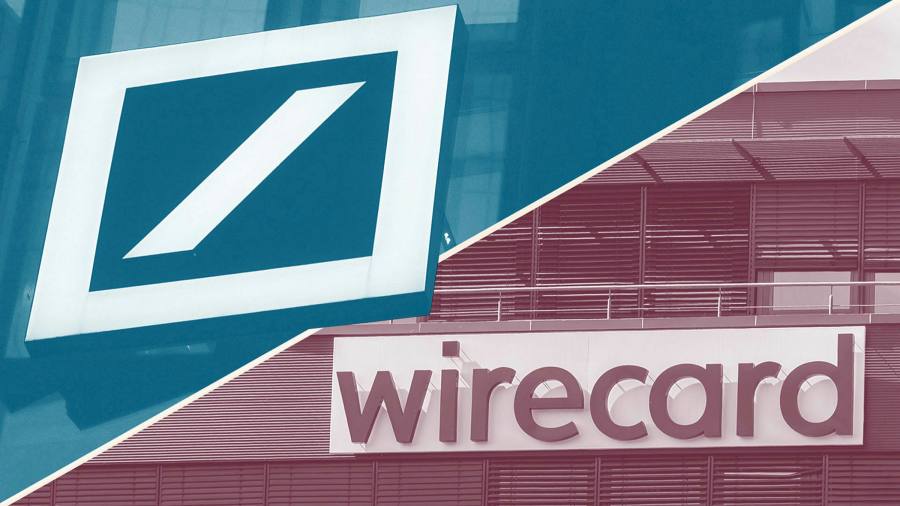 A Deutsche Bank executive board member helped Wirecard forge business relationships in Asia until just months before its collapse, underlining the close ties between corporate Germany and the payments group at the heart of the country’s biggest accounting scandal in decades.

Werner Steinmüller, who led Deutsche’s Asian business until he retired in July last year, brokered meetings and telephone conferences between top Wirecard executives and potential Asian clients from early 2019 to as late as last spring, according to multiple emails seen by the Financial Times.

They included one with co-chief executive of Hong Kong-based Bank of East Asia and another with the head of YeePay, a Chinese payments company, the emails show.

The disclosure that a senior Deutsche executive was helping Wirecard with potential Asian clients not long before its demise comes as the scandal continues to reverberate across Germany’s political and business establishment.

A parliamentary inquiry has spent months investigating the implosion of a company that was feted as a rare German technology success, before it filed for insolvency in June last year after disclosing that €1.9bn of its cash did not exist.

Steinmüller’s efforts were focused on Asia, a region touted by Wirecard as an engine of growth for its business. The emails show that his main point of contact at Wirecard was Alfons Henseler, its former deputy chairman and supervisory board member of Wirecard Bank who was invited to the Deutsche executive’s 65th birthday party in 2019.

In January of that year, Steinmüller organised a series of high-level meetings in Hong Kong for Burkhard Ley, Wirecard’s former chief financial officer and at that time a “senior adviser” to the company, Henseler and a senior manager at the payments group. After returning to Germany, Henseler sent an email to Steinmüller thanking him “for having taken care of us so well in Hong Kong”.

“You and your team have prepared and organised meetings with interesting people and the discussions disclosed promising potential for joint action,” Henseler noted.

Ley is one of several Wirecard executives under investigation by Munich prosecutors for allegedly running a criminal racket at Wirecard. Ley denies any wrongdoing.

Following the trip in January 2019, Henseler suggested to Ley that they should “give [Steinmüller] a treat without getting him in conflict with corporate governance (ie red wine).” Ley responded by advising against the idea, “given that you made him a present of the nice securities”.

Two people familiar with the matter told the FT that the “presents” referred to in the email were not financial securities but two certificates of historic government bonds from Henseler’s personal collection. “This was a hospitality gift handed over at a dinner,” one of the people said, adding that the securities were “effectively worthless”.

Henseler met Steinmüller in July of 2019 for lunch and, in an email, reported back to Wirecard colleagues that the Deutsche executive “is happily willing to support us across the board”. After the lunch, Henseler noted that Steinmüller would try to “reach out to [the social media and gaming group] Tencent” on behalf of Wirecard.

The following month, Steinmüller arranged a meeting for Wirecard with high-ranking executives of YeePay. Then in December, he brokered one with the president of Silk Road Fund, an investment vehicle owned by the Chinese government.

“I will try to arrange that Werner Steinmüller takes part as well, because both are old friends,” Henseler informed Ley ahead of the meeting. It is unclear if it eventually happened.

In March and April of last year, as Wirecard shareholders awaited the results of KPMG’s review into the group’s accounting, Steinmüller brokered talks between Henseler, a senior manager at the payments group and Adrian Li, the co-chief executive of Bank of East Asia.

“I talked in the meantime to Wirecard and they are very interested to continue the discussions,” Steinmüller wrote to Li in March.

Referring to Steinmüller’s engagement with Wirecard, the lender said “Deutsche Bank only established initial contacts between representatives of the local economy in China and Wirecard like we do for other companies,” adding that it was not formally instructed by Wirecard to do so. “None of the involved parties paid finder fees or honoraria to Deutsche Bank for these arrangements of contacts.”

A former Wirecard executive said Steinmüller was never formally mandated to work for Wirecard. While Steinmüller was not paid for his efforts, Wirecard had in 2019 enlisted a number of high-paid advisers, including former German defence minister Karl-Theodor zu Guttenberg and former secret services official Klaus-Dieter Fritsche, to support its expansion in China.

The disclosure of Steinmüller’s work comes less than a month after Deutsche Bank chief executive Christian Sewing was questioned by MPs over the lender’s links to Wirecard. He did not mention Steinmüller’s interactions over Wirecard’s Asian business to the parliamentary inquiry committee.

In a statement, Deutsche said Sewing’s testimony to parliament was about the lender’s key business relationships with Wirecard and his personal recollections of meetings where he was present. “The CEO wasn’t briefed about every single contact with Wirecard — in particular not about those that did not result in actual business,” Deutsche said.

Steinmüller and Henseler declined to comment. YeePay, Silk Road Trust and Bank of East Asia did not respond to requests for comment.

Here’s Why WeWork Is The Best Choice For Your Next Workspace!