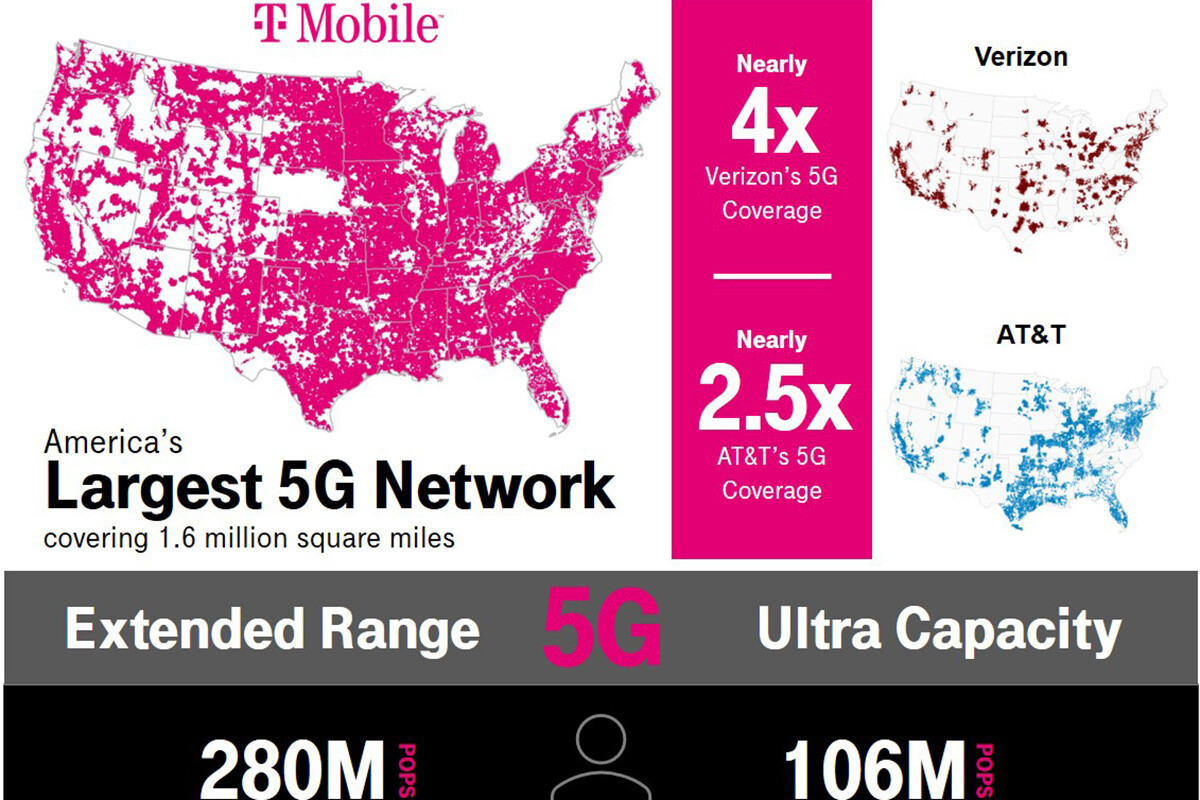 T-Mobile, the 5G leader, had the BEST YEAR EVER, in all caps


T-Mobile just sent us its Q4 results with a grand and buoyant 2020 recap that literally says “BEST YEAR EVER” in all caps. If you are wondering why the enthusiasm, well, everyone’s favorite underdog of a carrier managed to blossom into everyone’s favorite second-largest carrier in the US just in the second half of 2020.

What’s more, the way T-Mobile did it was not via a price war and viral marketing attracting subs, although there was a fair bit of that as well, especially during the reign of its former CEO John Legere.
Trashtalking the competition, however, was accompanied with a thorough and diligently executed strategy for adding and deploying spectrum with an eye on the prize – becoming America’s leading next-gen 5G network. Part of that strategy was the merger with Sprint, which got approved last year, and added invaluable mid-band spectrum to T-Mobile’s 5G ambitions.
T-Mobile touts $1.3 billion of synergies achieved last year, more than the forecast, and advises that it has moved 25% of Sprint’s subscriber traffic onto the T-Mobile network, with more than 4 million customer network migrations.

So far so good, T-Mobile ended the year with 102 million subscribers, while AT&T touts 100+ million, so it’s either catapulted only behind Verizon’s 120 million, or neck and neck with Ma Bell. When it comes to financials, though, it barely earned $750 million in Q4, and just $3.1 billion in 2020, a far cry of what Verizon and AT&T hauled in. The reasons?

Well, various network expansion costs and lower average revenue per user (ARPU). “The decrease was primarily due to a seasonal increase in our promotions and an increase in

average customers per account,” and T-Mobile’s $105 for a family of four plan may have something to do with that.

As you can see above, though, its 5G investments are already blanketing 106 million people with the “Ultra Capacity” 5G which offers higher speeds than LTE, and 280 million are covered in the low-bands which benefit the number of connected devices. Thus, investing in 5G now, and attracting customers with low-priced family pans, should pay off in the future in the profit realm as well.