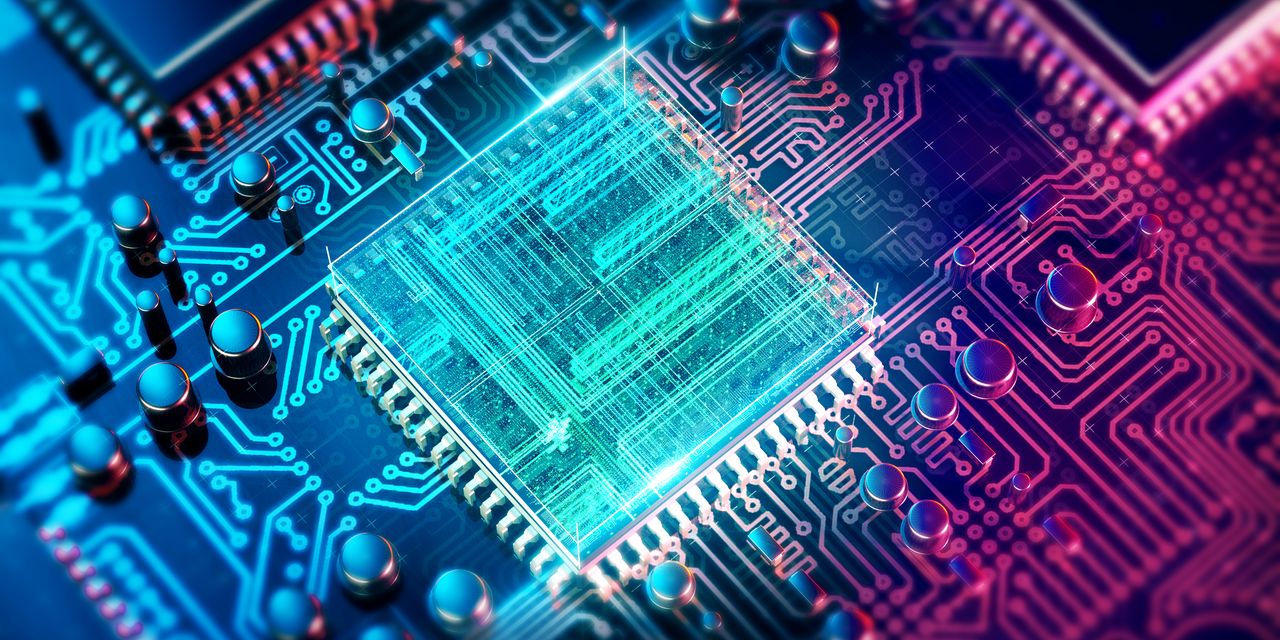 Synaptics Stock Soars. Demand Is Hot for Chips for the internet of Things.

stock spiked Friday after the chip maker offered upbeat guidance for the March quarter, as the company saw robust demand for components used in a wide assortment of connected devices.

Synaptics (ticker: SYNA) was once best known for providing touchpads and other interface components for PCs and mobile phones, but as we detailed in a feature story in Barron’s in August, the company has transformed its business in recent quarters through a series of deft acquisitions.

In July, Synaptics bought DisplayLink, a Palo Alto, Calif.—based company with a lock on the market for components used in universal PC docking stations, for $305 million in cash. That same month, the company spent $250 million for

wireless internet of Things business, which includes Wi-Fi, Bluetooth, and GPS technologies. Synaptics CEO
Michael Hurlston
knew that business better than anyone: He once ran it, during a stretch as Broadcom’s senior vice president for mobile, wireless, and connectivity products.

Both deals are paying off. For the December quarter, Synaptics posted revenue of $357.6 million, down about 8% from a year ago, just a hair above the Street consensus at $357.4 million. But non-GAAP profits were $2.30 a share, up from $2.04 a year earlier, and ahead of the Street at $2.13, and the company had the highest non-GAAP gross margin, net income and per-share profits in its 35-year history.

For the March quarter, Synaptics sees revenue of $310 million to $340 million, above the old Street consensus at $306 million.

In an interview with Barron’s on Friday, Hurlston noted that Synaptics used to be viewed as a mobile company with a sideline providing components to PC makers. Now, he says, the company has become primarily a provider of parts used in internet of Things devices, thanks to the Broadcom transaction. The company makes chips used in myriad devices—surveillance cameras, doorbells, e-bikes, drones, smoke detectors—almost any consumer device with wireless connectivity other than phones and PCs.

Hurlston says that the opportunity in that market has proven to be “far better than we had expected,” and the fragmentation of the market—making varying parts for many different devices—makes it impractical for larger competitors. “We can go into little niches and make it work,” he says. “We’re going after a more distribution market, and it works for us.”

The DisplayLink acquisition is paying off as well, he says, growing at about a 20% rate. The pandemic has boosted demand for PC docking stations, he says. And Synaptics has moved into industrial docks, for specialized devices from companies such as

(ZBRA). The company is also seeing surging demand for parts used in headsets from companies such as

(PLT), both of which themselves recently posted better-than-expected financial results, driven by consumer purchasers of gear intended to improve the work-from-home experience.

Hurlston says the “single biggest challenge” the company faces is tight supply. (Like many chip companies, the company is “fabless,” and required on contract factories to make its parts.) The chip business is booming, and factories are at capacity. He notes that Synaptics exited the December quarter with a backlog of $341 million; at the midpoint they are guiding to $325 million in revenue for the March quarter. He says in a typical quarter, backlog would be 80% of the revenue forecast – in this case backlog is 110% of guidance, and he thinks the backlog in the quarter could get up to $380 million or $390 million. In short, while the results and guidance Synpatics reported were fine, they are shy of actual demand, and would be higher if the company could get more parts.

Hurlston notes several reasons for tight supply: Surging PC demand is one factor. Another is that 5G phones have about twice as many chips as 4G phones. And chip content in cars has been increasing dramatically – and auto demand has accelerated after slumping in the early months of the pandemic. And he says that going into the pandemic period both chip foundries and semiconductor test and packaging companies were reluctant to invest in new capacity. The result, he says is that supply is “super, super tight.”

Oppenheimer analyst Martin Yang on Friday raised his rating on the stock to Outperform from Perform, setting a $140 price target. “Synaptics is an acquired taste,” he writes. “It trades at a perennial 30%+ discount to peers despite being a reputable fixture in the Valley. Many investors were conscious of its not-too-distant past of volatile, margin-destroying growth spurts. New management, since mid-2019 [a reference to Hurlston], steered Syanptics away from a low-margin, mobile-centric, commodity solution provider to becoming a high-margin, IoT-centric vendor with differentiated solutions.”

He adds that “execution has been remarkable given how fast the turnaround happened (in 18 months) and how much management has over-delivered its targets. While we have missed significant upside sitting on the sideline, we believe there is still substantial growth and profit ahead.”

Synaptics shares closed Friday up 11.4% to $119.01. The stock has rallied more than 40% since the Barron’s feature story in August.