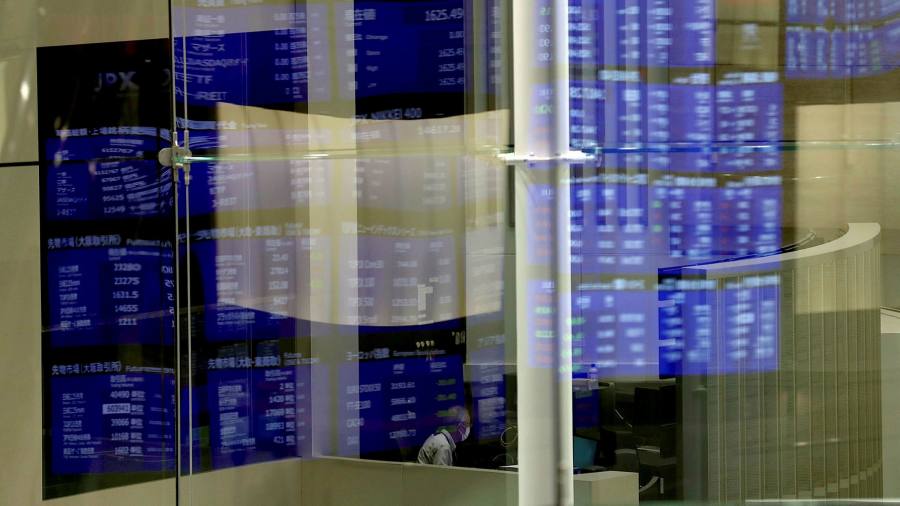 Stocks and oil retreat amid worries over new coronavirus strain

Japan’s Topix dropped 0.9 per cent in Tuesday morning trading while Australia’s S&P/ASX 200 lost 0.6 per cent and South Korea’s Kospi shed 0.5 per cent. In China, the CSI 300 index of Shanghai- and Shenzhen-listed stocks edged down 0.2 per cent.

The weakness in Asia followed a wave of negative sentiment in global markets, with investors worrying that the more virulent Covid-19 strain could lead to further lockdowns and curb global travel. The FTSE All World index had its worst day in three weeks on Monday, losing 0.8 per cent.

In US markets, renewed fears over the infectiousness of the pandemic were offset somewhat by an agreement by lawmakers in Washington on a $900bn fiscal stimulus package. On Wall Street, the S&P 500 fell as much as 2 per cent but recovered much of those losses to close down 0.4 per cent.

In Europe, where a host of countries have banned travel with the UK and France has limited freight transport across the British Channel, the Stoxx 600 fell 2.3 per cent on Monday.

Hong Kong’s Hang Seng index eked out a 0.1 per cent gain on Tuesday morning, after losing 0.7 per cent a day earlier as Hong Kong became the first Asian city to ban incoming flights from the UK in response to the new strain. In commodities, gold rose 0.3 per cent to $1,883.47 an ounce as the wave of lockdowns and travel restrictions burnished the appeal of haven assets.

Trading in oil markets was muted a day after the biggest fall for Brent crude in over a month, with the international benchmark slipping 0.2 per cent to $50.81 a barrel on Tuesday in Asia.

The UK pound continued to weaken, weighed down by the government’s strict new lockdown measures over Christmas and deadlocked talks over a Brexit trade agreement with the EU.