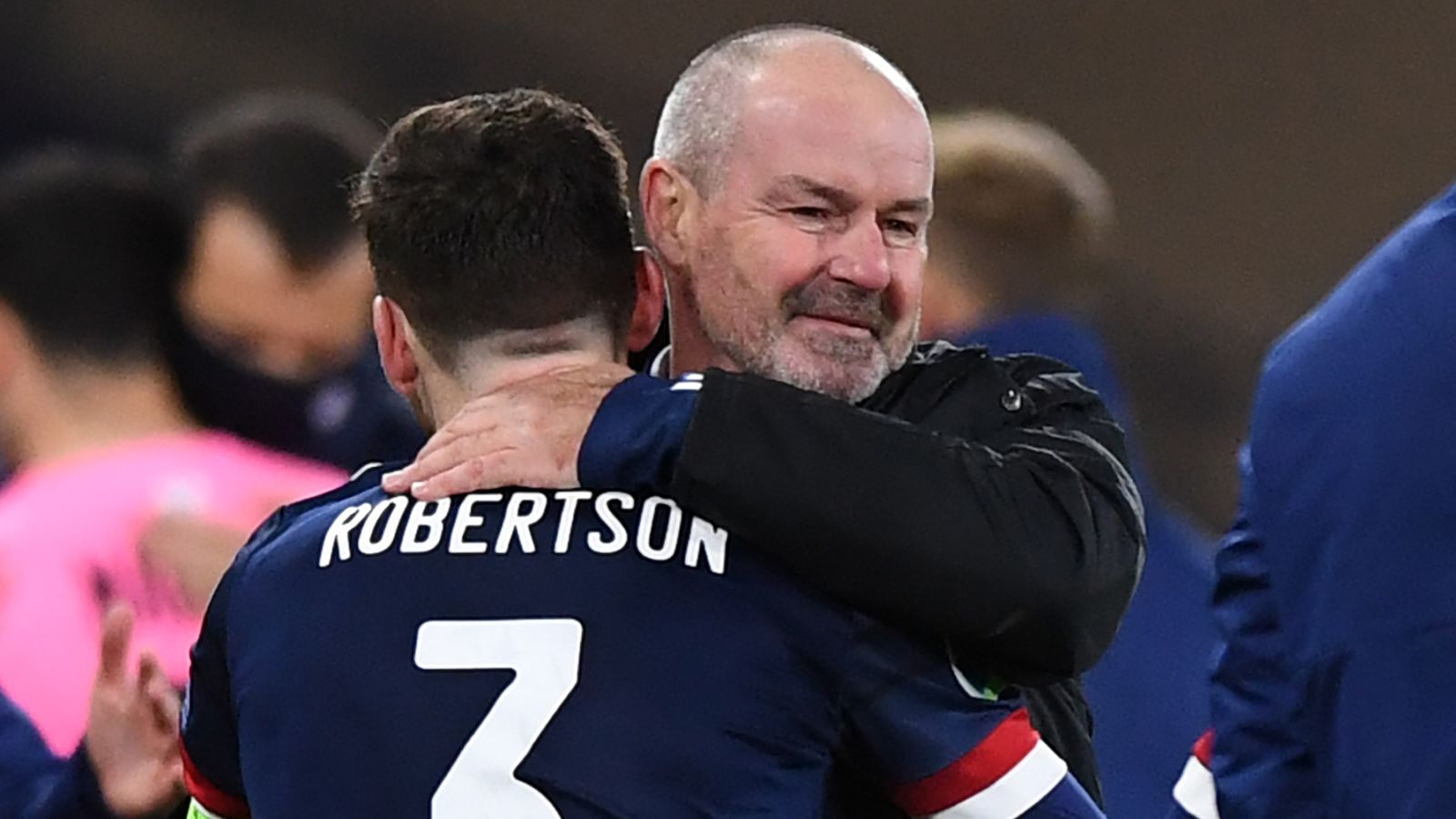 
Steve Clarke admits he is putting Euro 2020 to the back of his mind as he focuses on ensuring Scotland are not left standing still in the race for the 2022 World Cup in Qatar.

The national team boss is the toast of the country after leading his side to their first major tournament in 22 years.

But Clarke is not content with reaching next summer’s European Championship finals, where his side will host the Czech Republic and Croatia at Hampden Park either side of trip to Wembley to face England – and has set his sights on becoming the man who guides the Tartan Army to the global showpiece in two years’ time.

The Scots can take a huge step towards that goal on Wednesday when they round off this year’s Nations League campaign against Israel in Netanya.

A victory will secure top spot in Group B2 – and more than likely book one of two World Cup play-off places on offer for the finals.

The Scots will learn who they will face in next year’s traditional qualifying process when the draw is made in Zurich on December 7, with the first three games scheduled for late March.

Clarke insists it is only once those games have been taken care of he will allow himself to start piecing together his plan for Scotland’s European Championship bid.

“This is another step on the road to the World Cup in Qatar in 2022, which is where we want to be,” he said. “So from now on, really until April, the focus is on the World Cup.

“This game can give us a chance to be in a play-off for it as a back-up. We want to qualify as of right and we look forward to the draw for the World Cup qualifiers in December.

“We’ll be in pot three, which is a little bit of progress. We’ve gone from League C in the Nations League to League B – which is progress – and we’re one win away from the A League. So we want to keep progressing. In football you don’t want to stand still because everybody runs past you.

“Maybe that’s what happened over the last 20-odd years and we don’t want that to happen to us. As we sit here right now we don’t know what [World Cup qualifying] group will be or who we’ll be playing against.

Scotland saw their nine-game unbeaten run ended by defeat to Slovakia on Sunday, but Clarke is keen to launch another winning streak against Israel.

Having partied into the early hours after their Belgrade triumph, it was no surprise to see Clarke make seven changes in Trnava as he gave his play-off heroes the chance to recover from their extra-time exertions.

He is likely to freshen his team up again as they run out at the Diamond Stadium, but Clarke shrugged off concerns the emotional high of this week may have taken its toll on Scotland’s energy reserves

Wednesday’s match will be the fifth time the teams have met in the last two years.

Their most recent meeting saw Scotland squeeze through on penalties to tee up their play-off final with Serbia and Clarke expects another test.

He said: “There will be no problem at all with the energy levels. That won’t be an issue.

“All the games against Israel recently have been close. The last one obviously finished in a penalty shootout. The one before that finished 1-1 and before that there were one-goal wins for both countries, so we expect a tough night.

“I know everyone keeps knocking them down and saying they are not the strongest team in the group, but they are a good team with dangerous players.

“We’re not getting carried away. We don’t think we’re anywhere near the finished article. We have to keep improving. We’ve built a good squad and you can see the togetherness in the group, which is really important. The confidence is building, but we lost our last game, so we need to win the next one and get ourselves moving again.”