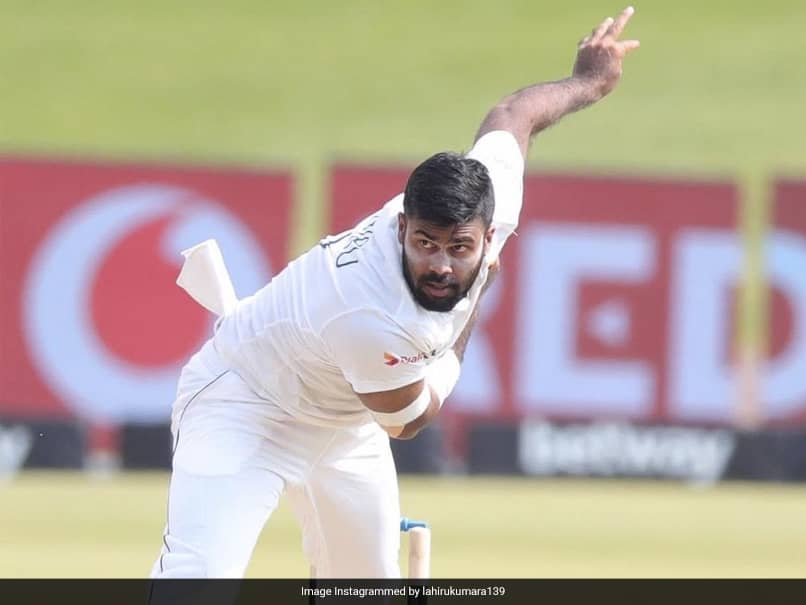 
Sri Lanka bowler Lahiru Kumara, picked up for the white ball squad, has tested positive for coronavirus ahead of the one-month-long tour of the West Indies. Kumara, who was detected positive for coronavirus during the PCR Tests carried out on Sunday, has been directed to follow the Sri Lanka government’s health protocol laid out for COVID-19. “Following PCR Tests carried out on the squad nominated to take part in the ‘White Ball’ segment of the Tour of West Indies, Lahiru Kumara has tested Positive for Covid-19,” the Sri Lanka Cricket (SLC) said in an official statement.

“Sri Lanka Cricket will continue with normal operations, adhering to the stipulated Health Protocols,” it added.

The Sri Lankan team will leave for the Caribbean on February 23. During the tour, Sri Lanka will play three T20Is, three ODIs, and two Test matches, under a bio-secure environment in Antigua from March 3 to April 2.

“Vaas currently serves as ‘Fast Bowling Coach’ at the High-Performance Center of the SLC, working with Emerging and National Team Players,” SLC said in a statement.

During his illustrious career for Sri Lanka, Vaas took 355 Test wickets from 111 matches and 400 ODI wickets from 322 games.

Meanwhile, the red-ball segment between Sri Lanka and West Indies will start on March 21, with the second Test scheduled to commence on March 29.