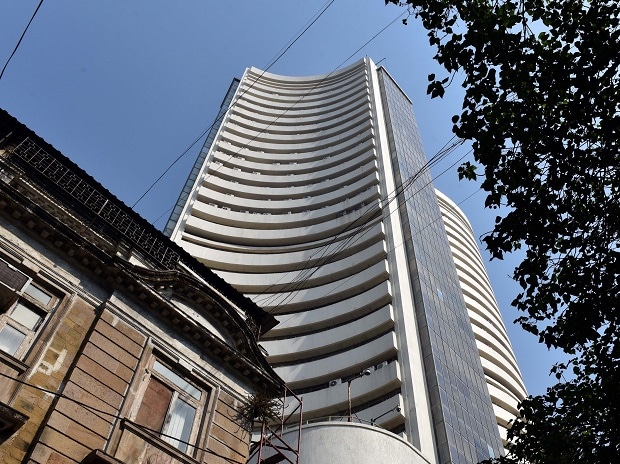 Stock market updates: Stellar December quarter results by State Bank of India (SBI) and a status-quo in policy rates by the Reserve Bank of India (RBI) kept markets afloat on Friday even as mild profit-booking amid heightened volatility trimmed gains at higher levels.

In the early deals, the benchmark S&P BSE Sensex surpassed the 51,000-mark on the BSE for the first time and hit a fresh record high of 51,073. The index, however, erased gains partially and ended 117 points, or 0.23 per cent, higher at 50,732 levels.
SBI (up 11.3 per cent) was the top gainer on the index as analysts raised their targets on the stock post better-than-expected December quarter results. Global brokerage CLSA, for instance, has set a target price of Rs 560 on the lender’s stock. READ MORE


Kotak Mahindra Bank, UltraTech Cement, Dr Reddy’s Labs, ITC, HUL, and HDFC Bank, all up between 1 per cent and 4 per cent, were the other top gainers on the index. On the downside, Axis Bank (down 3 per cent), Bharti Airtel, ICICI Bank, Maruti Suzuki, TCS, and HCL Tech were the top laggards on the index.

Earlier today, the RBI kept the repo rate unchanged at 4 per cent and maintained the policy stance as ‘accomodative’ in its bi-monthly monetary policy meeting. Besides, it projected the GDP growth of 10.5 per cent in FY22 for India while projection for CPI-based inflation was revised to 5.2 per cent for Q4FY21. RBI governor Shaktikanta Das also announced normalisaton of CRR which, he said, would open up space for a variety of market operations to inject additional liquidity. Furthermore, absence of any concrete measures as expected by a set of bond traders weighed on the yields with 10-yr Gsec yields jumping 8bps from 6.07 per cent to 6.15 per cent.
In another development, Das announced direct online participation by retail investors in Government securities in both primary and secondary market is a big initiative which will broaden the investor base. READ ABOUT IT HERE


Global shares approached record highs on Friday and the dollar headed for its best weekly gain in three months, as progress in vaccine distribution and US stimulus hopes prompted bets on further normalisation in the global economy.


The STOXX index of Europe;s 600 largest stocks was up 0.2 per cent, while MSCI’s gauge of Asian shares outside Japan rose 0.4 per cent. Japan’s Nikkei also rallied 1.5 per cent.


(With inputs from Reuters)

Guess The Cutie Who Grew Up To Be A Dance Diva. Right Answers Only