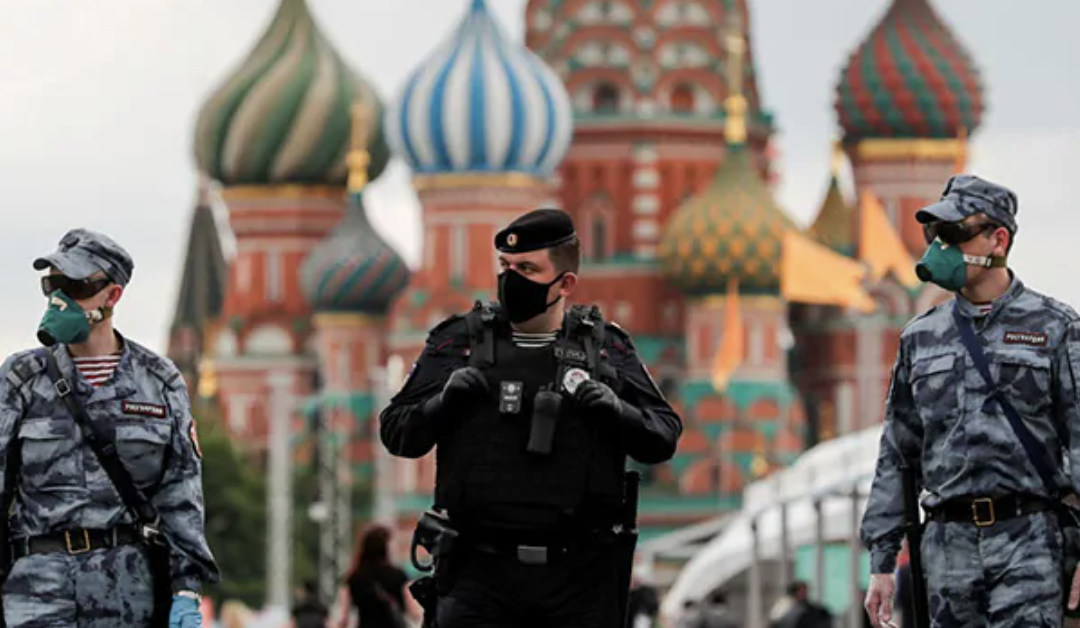 Russia on Friday expelled diplomats from three European countries for taking part in protests in support of jailed Kremlin critic Alexei Navalny, after the European Union said ties with Moscow had hit a new low.

With EU foreign policy chief Josep Borrell in Moscow for a rare visit, Russia said it had declared diplomats from Poland, Germany and Sweden persona non grata for participating in “illegal protests” on January 23 in support of Navalny.

The West has fiercely condemned Navalny’s arrest in mid-January, a crackdown on mass demonstrations by his supporters, and a court ruling on Tuesday to jail the 44-year-old anti-corruption campaigner for nearly three years.

Moscow announced the expulsions just hours after Borrell met with Russian Foreign Minister Sergei Lavrov to discuss ties, with the unspecified number of diplomats “ordered to leave Russia in the near future”.

The foreign ministry did not provide details of how they had been involved in the protests, saying only that Russia expects foreign diplomats to “strictly follow the norms of international law”.

Russia has bristled at Western backing for Navalny, President Vladimir Putin’s most prominent opponent, accusing Europe and the United States of interfering in its domestic affairs.

“Our relationship is indeed in a difficult moment,” Borrell told Lavrov during the talks, adding that the relationship is “under severe strain and the Navalny case is a low point.”

The two men said there were hopes for cooperation in some areas, including on the coronavirus pandemic, but the announcement of the expulsions was unlikely to help ease tensions.

EU spokesman Peter Stano said Borrell had learned of the decision in his meeting with Lavrov.

Borrell “strongly condemned this decision and rejected the allegations that they conducted activities incompatible with their status as foreign diplomats,” he said.

German Chancellor Angela Merkel described the action as “not justified”, while Sweden’s foreign ministry said it was “completely unfounded” and warned that it reserved the right “to an appropriate response”.

Borrell’s visit was the first to Russia by a senior EU envoy since 2017, following years of deteriorating relations sparked by Russia’s annexation of Crimea from Ukraine in 2014.

Ties have further worsened in recent months, after three European labs concluded that Navalny was poisoned with a Soviet-designed nerve agent in an attack in Siberia in August.

He blames Putin for the poisoning, a charge the Kremlin denies.

Navalny was flown to Germany to recover from the poisoning then arrested at a Moscow airport when he returned to Russia in mid-January.

He was accused of violating the parole conditions of a 2014 suspended sentence on fraud charges and on Tuesday jailed for two years and eight months.

He was back in court on Friday on separate charges of defaming a World War II veteran, which could see him jailed for an additional two years.

The trained lawyer is accused of describing people who appeared in a pro-Kremlin video — including the 95-year-old veteran — as “the shame of the country” and “traitors” in a June tweet.

In court Navalny and his lawyers said the case was politically motivated and a pretext to silence him.

“It is clear to everyone that the truth is on my side,” he said, standing in glass cage for defendants in the Moscow courtroom.

Borrell’s visit drew criticism from some European capitals worried Moscow would spin it as evidence Brussels is keen to return to business as usual, with some in Europe calling for new sanctions on Russia.

The Kremlin on Friday also lashed out against what it called “aggressive and unconstructive rhetoric” from the United States this week.

“We’ve already said that we will not heed patronising statements of this sort,” said Putin’s spokesman Dmitry Peskov.

President Joe Biden on Thursday said the United States will no longer be “rolling over in the face of Russia’s aggressive actions” and his officials said they would take action against Moscow over Navalny and for other “malign” behaviour.