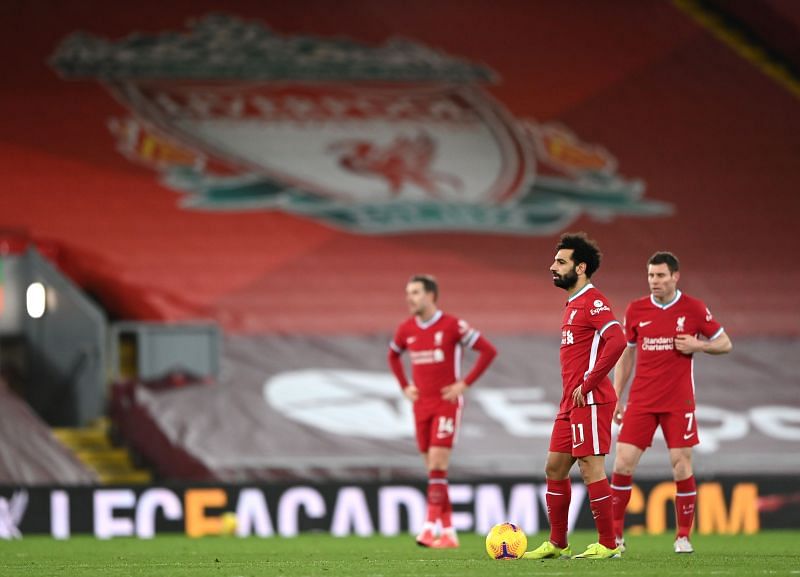 RB Leipzig vs Liverpool: 5 players to watch out for

Liverpool will take on RB Leipzig in the first leg of their UEFA Champions League Round-of-16 tie on Tuesday, with the game set to be played at the Puskas Arena in Hungary.

RB Leipzig will be slight favourites heading into the game because of their recent form. The East Germans have won four out of their last five games in all competitions and are in a good run of form.

Liverpool, meanwhile, are in a tough spell and have lost their last three games. Jurgen Klopp’s men have been hampered by injuries and will head into the clash as underdogs.

Both Klopp and Julian Nagelsmann have some good players nevertheless, and it is likely to be an entertaining tie when the two sides square off. So without further ado, let’s take a look at five players to watch from the tie:

Mohamed Salah, the leading goal-scorer in the Premier League, has been in good form despite Liverpool’s poor run. Against a team like RB Leipzig, who are not expected to sit back, the Egyptian’s influence will be that much greater.

Leipzig play a three-on-the-back system, so they are likely to double up on Salah when they don’t have the ball. However, considering how Leipzig press, Salah is likely to have more space to run into and attack come Tuesday.

Salah is also pretty good at taking on defenders, especially when they are not sitting back during the transition. If he is on song, the Reds are more than likely to come up with an away goal or two.

Angelino’s impact at RB Leipzig has been so good that they did not even wait until the summer to make his loan move permanent.

The former Manchester City wing-back has provided tenacity, drive and a few goals from the left wing and will be a threat to the Liverpool defence on Tuesday.

Up against Trent Alexander-Arnold, who currently isn’t the most sound defensively, Angelino will fancy his chances. His work-rate is pretty impressive, so he will be a player to watch both on and off the ball.

If he puts in a stellar display to help nullify the threat of Salah and test Alexander-Arnold, we could very well see Leipzig take a lead into the second leg.