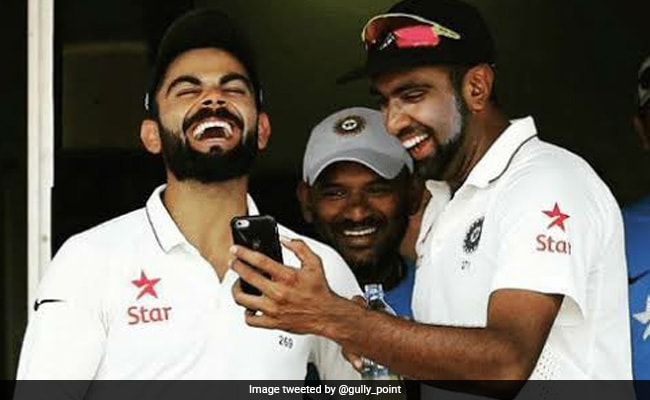 Ravichandran Ashwin hit a sensational century against England on Day 3 of the ongoing second Test match in Chennai, sparking memes galore on social media. R Ashwin’s hundreds comes even as former cricketers like Michael Vaughan of England criticised the pitch at the MA Chidambaram Stadium in Chennai. Mr Vaughan had slammed the surface as unacceptable for Test Match level, deeming it a “shocker”.

“It’s entertaining cricket as things are happening all the time but let’s be honest this Pitch is a shocker .. Not making any excuses as India have been better but this isn’t a Test Match 5 day prepared Pitch … #INDvENG,” he tweeted yesterday.

Indian cricket fans took as much joy in R Ashwin’s fifth Test hundred this afternoon as in reminding Mr Vaughan that the century was hit on the same pitch he had complained about.

Ashwin is so good, he is one in a Tamillion.

“They are still talking about the pitch” pic.twitter.com/FP7u6rWiIq

First makes opposition complain about the pitch while bowling, then shows them how to play on the same pitch while batting. pic.twitter.com/KduFXhEovh

Michael Vaughan himself praised Ashwin in a tweet shared this afternoon

Ruthless performance by @ashwinravi99 !!! India have so many more skilled players for these conditions .. High class .. #INDvENG

Businessman Harsh Goenka was among those who tweeted about the pitch

When Ashwin was bowling, I thought what a bowling pitch!
Now when Ashwin is batting, I am thinking what a batting pitch!
Thats #Ashwin for you in his present form !
A superlative century ! #INDvsENG

Let me tell you a Kutty story #Ashwin#INDvsENGpic.twitter.com/K6hbfjhTOS

In my opinion this is the best reward for reaching out for excellence a local boy can get. period !
enjoyed it Ash @ashwinravi99
Well done. champion stuff!! Go well boys @BCCI

Ashwin slammed 106 runs, to wrap up India’s second innings at 286 after 85.5 overs. Ashwin’s knock consisted of 14 fours and a six in a steady partnership with Virat Kohli.