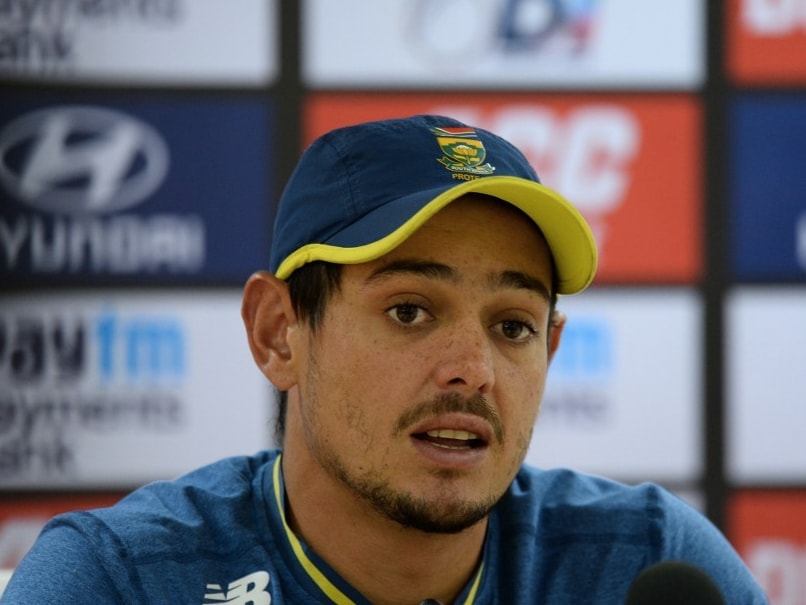 
South African captain Quinton de Kock said on Monday he and his players felt a responsibility to ensure future tours of South Africa can take place by strictly adhering to COVID-19 protocols. He said the South African team were remaining in quarantine in a ‘bio-bubble’ facility outside Pretoria ahead of a two-match Test series against Sri Lanka that starts in nearby Centurion on Saturday.

The players were adhering to a strict regime of room service meals, social distancing and training in small groups pending a Covid test on Tuesday.

Both teams are staying in the same country club facility but De Kock said there was no direct contact.

“We can see them but we have our own boundaries and we can’t mingle.”

The teams will stay at the same venue for the Tests in Centurion and Johannesburg, with both Test grounds within easy driving distance.

It is South Africa’s second experience of life in a bio-secure ‘bubble’ following the ill-fated white-ball series against England which was called off early because of positive coronavirus tests, which were later found to be false positives.

Although Sri Lanka arrived in South Africa last weekend for the Test matches, doubts have been expressed about Australia fulfilling a planned Test series in South Africa early next year.

The South Africans assembled on Saturday and were immediately tested for the virus. All tests came back negative but De Kock said full training would only start after the results of Tuesday’s second round of tests were received.

“Obviously we’ve got that bit of responsibility but it’s not much you can’t handle,” said De Kock.

“It’s just a small part we can play in ensuring future tours in bubble life and Covid times.”

The South African squad was reduced from 19 to 17 players when two tested positive for Covid last week. A team spokesperson said the names could not be released for medical and labour relations reasons but that a new squad list would be announced after the next round of Covid tests, which will enable deductions to be made about who is missing.

De Kock, South Africa’s regular white-ball captain, said he had agreed to be Test captain as a short-term measure for seven Test matches during the current season, “until someone really puts up their hand. The guys are looking for a long-term leadership role and I won’t be doing that.”

Although the original reason for De Kock not being made Test captain was an overload of responsibility on him as a leading batsman as well as wicketkeeper, he said he would continue as wicketkeeper in the forthcoming series.

De Kock said his objective for the Test season was to hasten the development of young players, with South Africa needing to make up too much ground to be a factor in the world Test championship.

“We doubt whether we’ll be playing in the final of the championship,” he said. “We have young players who need to learn – and to learn fast. I want the new guys to come in and start putting up their names.”

De Kock said he expected the pitches in Centurion and Johannesburg to have pace and bounce. He said South Africa wanted to play clever, aggressive Test cricket in an attempt to reverse a 2-0 series loss when Sri Lanka toured in 2018/19.

Where Does The Pharmacy Of The World Stand In The Covid-19 Vaccine Hunt?