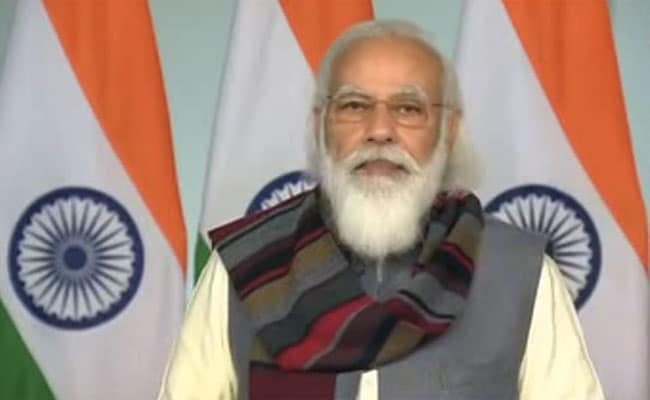 PM Modi will also release a postal stamp during the event. (File)

“At 11 AM tomorrow, 22nd December, will be speaking at the centenary celebrations of the Aligarh Muslim University,” PM Modi wrote on Twitter.

Prime Minister Modi will also release a postal stamp during the event, according to Prime Minister’s Office (PMO). Chancellor of the University Syedna Mufaddal Saifuddin and Union Education Minister Ramesh Pokhriyal Nishank will also be present on the occasion.

The Prime Minister will be accompanied by Union Education Minister Ramesh Pokhriyal Nishank. This is the first time PM Modi will participate in a programme of the Aligarh Muslim University.

Earlier in the week, buildings in Aligarh Muslim University (AMU) were illuminated for its centenary celebrations.Speaking to ANI, AMU Public Relations Officer (PRO) Omar Saleem Peerzada had said, “A centenary celebration is a landmark event in the history of any university. We are celebrating this event following all protocols of the COVID-19 pandemic. There are webinars, seminars and symposiums going on.”

AMU became a University in 1920, through an Act of Indian Legislative Council by elevating the Mohammedan Anglo Oriental (MAO) College to the status of a Central University. MAO College was set up in 1877 by Sir Syed Ahmad Khan, the PMO release stated.

The University has a campus spread over 467.6 hectares of land in the city of Aligarh, Uttar Pradesh. It also has three off-campus centres in Malappuram (Kerala), Murshidabad-Jangipur (West Bengal) and Kishanganj (Bihar).