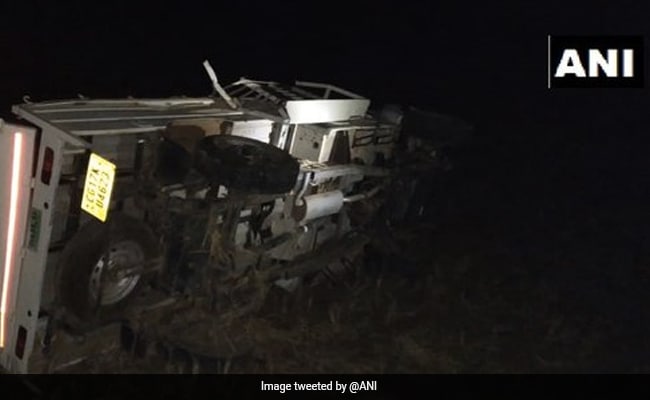 Nine people lost their lives and 13 suffered injuries after a van overturned in Kotpad.

Prime Minister Narendra Modi on Monday expressed grief over a van accident in Odisha’s Koraput, in which nine people were killed.

“My thoughts are with all those who have lost their dear ones in the tragic accident at Koraput, Odisha. I hope those injured recovers at the earliest,” the Office of the Prime Minister tweeted.

My thoughts are with all those who have lost their dear ones in the tragic accident at Koraput, Odisha. I hope those injured recover at the earliest: PM @narendramodi

Nine people lost their lives on Sunday and 13 suffered injuries after a van overturned in Kotpad of Odisha’s Koraput district.

According to District Magistrate Madhusudan Mishra, the passengers were traveling to Kulta village in Chhattisgarh from Sindhiguda village in Odisha.

“Nine persons were killed in the incident and 13 have been seriously injured. A pickup van overturned in Kotpad in Koraput district. All passengers were from the Kulta village in Chhattisgarh and were returning from Sindhiguda village. The drunken driver fled from the spot,” Madhusudan Mishra said.

He further informed that seven injured persons have been shifted to the Lakshman Nayak Medical College, Koraput. Two are admitted to Kotpad Community Health Center.

As per Sub Collector Jaypore Hemakanta Saya, four other injured persons have been admitted to Jagdalpur Hospital.

The bodies of the victims have been sent to the Kotpad Community Health Center. Seven died on the spot and two at Kotpad hospital. More than 30 persons were traveling in the van.