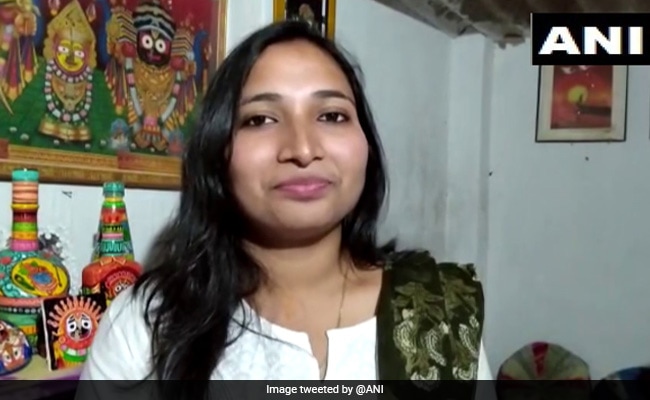 A girl belonging to Odisha’s Rourkela found mention in Prime Minister Narendra Modi’s 73rd “Mann ki Baat” address on Sunday for her artwork to promote cloth-based scroll paintings “Pattachitra“, which is widely practised in the state.

During his monthly radio programme, Prime Minister Narendra Modi took note of Bhagyashree Sahu and praised her for popularising the traditional art form, which is native to Odisha and West Bengal.

“Take the example of Bhagyashree Sahu of Rourkela, Odisha. An engineering student, she started learning Pattachitra painting in the last few months and mastered it. But do you know, where did she paint? En route to college, she collected these soft stones and cleaned them. Later, for two hours daily, she painted these stones in Pattachitra style. She started gifting the painted stones to her friends,” PM Modi said.

PM Modi further stated, “A few days back, Bhagyashree paid a unique tribute to Subhash Babu (Subhash Chandra Bose) on his birth anniversary, through these paintings. I wish her all the best in her future endeavors. Many new things can be learned and done through arts and colours.”

“I developed an interest in this after visiting Raghurajpur in Puri. I then learnt stone art during the lockdown. It’s an honour to be mentioned by him,” she said.