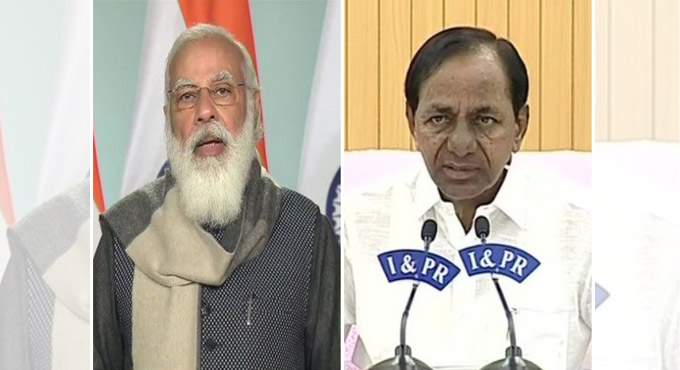 He is also the founder President of Telangana Rashtra Samithi (TRS) which was at the forefront of the movement for Statehood to Telangana.

Greetings to Telangana CM KCR Garu on his birthday. Praying for his long and healthy life.

Kalvakuntla Chandrashekhar Rao, popularly known as KCR, was born in Chintamadaka, Medak district, on February 17, 1954, according to the state government website. He is also the founder President of Telangana Rashtra Samithi (TRS) which was at the forefront of the movement for Statehood to Telangana.

He has been a Member of the Legislative Assembly for multiple terms from different constituencies. Moreover, he was also a Member of Parliament and has also held the position of a Cabinet Minister for Labour and Employment.

In 2014 elections, TRS emerged victorious in 63 of the 119 Assembly seats thereby securing the required number of legislators for forming the government. KCR was sworn in as the first Chief Minister of Telangana.

In 2018 elections to the Assembly, Chandrashekhar Rao-led Telangana Rashtra Samithi won 88 seats and KCR was again sworn in as Chief Minister of Telangana on December 13, 2018.