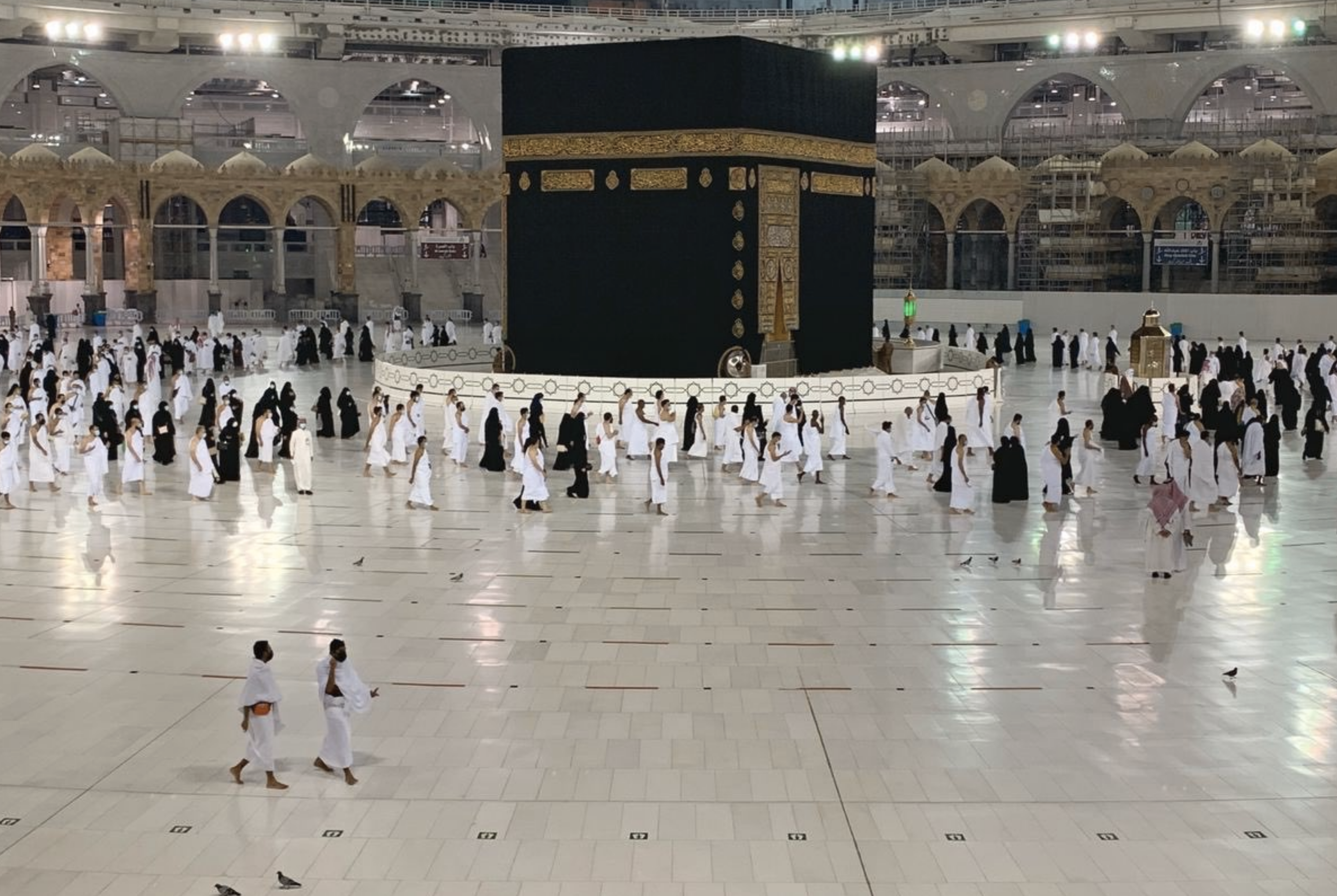 Around 10,000 foreign pilgrims arrived on first day of Umrah resumption.

Makkah’s Grand Mosque has opened its doors to foreign pilgrims performing Umrah amid strict precautionary measures to prevent the spread of novel coronavirus.

According to a Arab News report, around 10,000 international pilgrims arrived in Saudi Arabia to perform Umrah and visit the Prophet’s mosque on the first day of the third stage of the resumption of Umrah.

Up to 20,000 Umrah pilgrims and 60,000 worshippers will be allowed to enter the Grand Mosque in the holy city of Makkah on a daily basis from Sunday. This represents the beginning of the third phase of the gradual resumption of Umrah service.

Meanwhile, 19,500 worshippers will have permits to visit the grave of the Prophet Muhammad (PBUH) from that day onward, according to Dr. Amr Al Maddah, deputy minister of Hajj and Umrah for Haj and Umrah services.

Al Maddah said that the pilgrims’ arrival and departure through land, air and sea ports; accommodation in the holy cities of Makkah and Madinah; performance of Umrah pilgrimage’ visit to Rawdah Sharif and the Prophet’s (PBUH) grave; performance of obligatory prayer at the Two Holy Mosques; and transportation between the two holy cities will all assessed thoroughly to ensure Covid-19 precautionary measures are being adhered to.

Al Maddah said foreign pilgrims wishing to perform Umrah need to submit an official request with all personal and health data, with a maximum of 50 people per group from the permitted countries, and the need for a foreign Umrah agent.

He added that 10,000 pilgrims are registering for Umrah every day and the number of groups is 500 groups, with 20 pilgrims in each group.

Al Maddah said foreign pilgrims must be aged between 18 and 50 and that they must remain three days in quarantine upon their arrival in the Kingdom. Pilgrims are required to undergo a four-stage virus test from the time they land in the Kingdom.

Here’s what else you need to know if you are performing Umrah which begins pilgrims from abroad from November 1.

* Pilgrims will be kept in medical isolation for three days ahead of performing Umrah rituals.

* About 10 per cent of rooms in hotels will be marked for isolation and for those with suspected virus infections.

* A PCR test is a must before entering the Kingdom and priority will be given to pilgrims who do not suffer from chronic illnesses. Once a pilgrim clears the health ministry assessment, he will be allowed to move on to the holy sites.

* If a pilgrim is detected with an infection, then he will receive medical treatment before exiting the Kingdom

Bitcoin reaches $14K for the first time since January 2018 — what’s next? By Cointelegraph