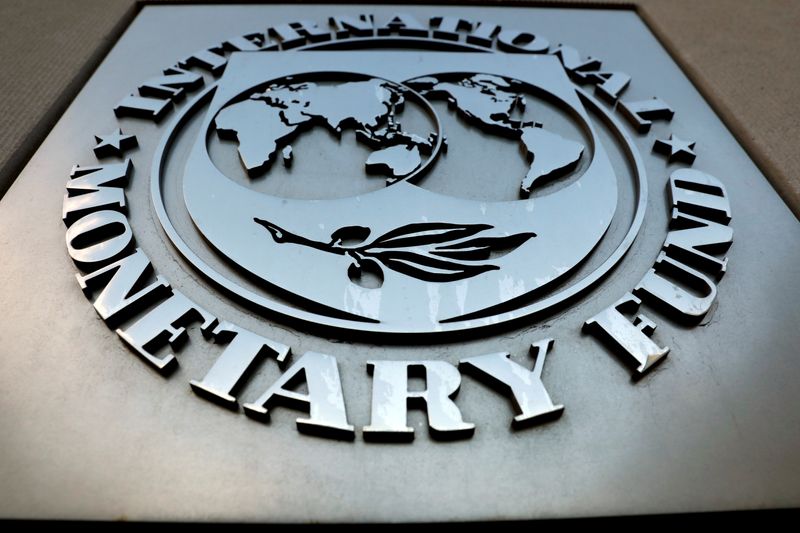 © Reuters. FILE PHOTO: The IMF logo is seen outside the headquarters building in Washington

ISLAMABAD (Reuters) – The International Monetary Fund (IMF) and Pakistan on Tuesday reached a staff-level agreement that Pakistan had completed reforms required for the release of around $500 million in IMF funds that had been suspended for about a year.

“The package strikes an appropriate balance between supporting the economy, ensuring debt sustainability and advancing structural reform,” the Fund said in a statement issued by both sides.

“Pending approval of the Executive Board, the reviews’ completion would release around US$500 million.”

Financial analysts say the hold-up was due to questions around fiscal and revenue reforms.

“This is a good development for Pakistan,” Finance Minister Abdul Hafeez Shaikh said in a tweet.

Agreement was also reached on the measures required to complete further reviews of the reform programme, which should eventually bring Pakistan $6 billion from the IMF’s Extended Fund Facility (EFF).

Pakistan has also received $1.4 billion from the IMF’s Rapid Financing Instrument in separate, emergency funding to help it fill a funding gap stemming from the coronavirus pandemic.

It requested money from the EFF in 2019 after the then newly elected government of Prime Minister Imran Khan refused for months to seek a bailout, and has received the first tranche, worth $450 million..

Khan later acknowledged that it had been a mistake to delay seeking the funds to stabilise an economy under strain from due to a yawning current account deficit and low foreign reserves.

The IMF said economic reforms prior to the COVID-19 shock had started to reduce Pakistan’s economic imbalances and created the conditions for better economic performance.

“As result of the authorities’ actions, the COVID-19 first wave started to abate over the 2020 summer and the impact on the economy was significantly reduced. The external current account improved due to stronger-than-expected remittances, import compression, and a mild export recovery,” the fund said.