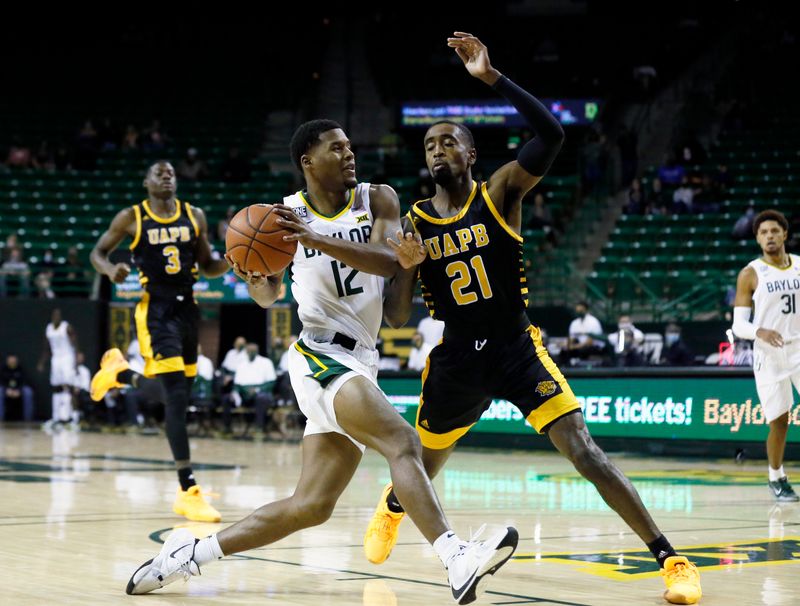 Victor Bailey Jr. scored 18 points and Santiago Vescovi added a season-high 16 points to go with five assists as No. 8 Tennessee remained unbeaten with a 102-66 blowout of Saint Joseph’s on Monday night in Knoxville, Tenn.

Six players finished in double figures for the Volunteers (5-0), who seized control with a 16-0 run early in the first half and led by as many as 38 points. Tennessee eclipsed 100 points in successive games for the first time since 2006 while shooting 50 percent (31-for-62).

Corey Kispert recorded 27 points on 10-of-13 shooting and collected seven rebounds to lead the top-ranked Bulldogs to the victory over the Demons at Spokane, Wash. The nonconference game was the first of back-to-back contests between the clubs.

Jared Butler scored 14 points and dished seven assists as the Bears relied on a balanced attack to cruise to a victory over the Golden Lions at Waco, Texas.

Baylor (6-0) has won each of its games by double digits, with the smallest margin of victory being a 13-point victory over then-No. 5 Illinois. Five players scored in double digits for Baylor, with L.J. Cryer (15 points) leading the way.

Arkansas-Pine Bluff (1-8) dropped its third game in a row and lost to a ranked team for the second time this season. The Golden Lions surrendered 90-plus points for the fifth time in nine games. Shaun Doss Jr. notched a double-double with 25 points and 10 rebounds to lead UAPB.

Only two days after losing at home for the first time in nearly two years, the Seminoles avoided another setback in Tallahassee, producing the win over the Bulldogs.

Anthony Polite’s 15 points and nine rebounds led the Seminoles (5-1), who had a 27-game home winning streak as well as a streak of 41 consecutive home games without a loss to a nonconference opponent snapped by UCF on Saturday.

Florida State rode its defense and size in the paint to hold off the Bulldogs (1-4). Gardner-Webb led by six in the first half and kept the game close into the second half, pulling as close as 54-53 with 7:07 left. Lance Terry keyed Gardner-Webb’s upset bid with a game-high 23 points.

Jalen Cone bombed in six 3-pointers to account for all of his scoring and the Hokies celebrated a return to the national rankings with a strong second half en route to the nonconference victory over the Lancers at Blacksburg, Va.

Cone finished with 18 points, Keve Aluma went for 14, Joseph Bamisile added 11 and Tyrece Radford chipped in with nine to complement a game-high eight rebounds for Virginia Tech (7-1). The Hokies won their third straight since a loss to Penn State knocked them out of the Top 25.

Leslie Nkereuwem had a team-high 10 points for the Lancers (1-7), who lost their fourth straight.