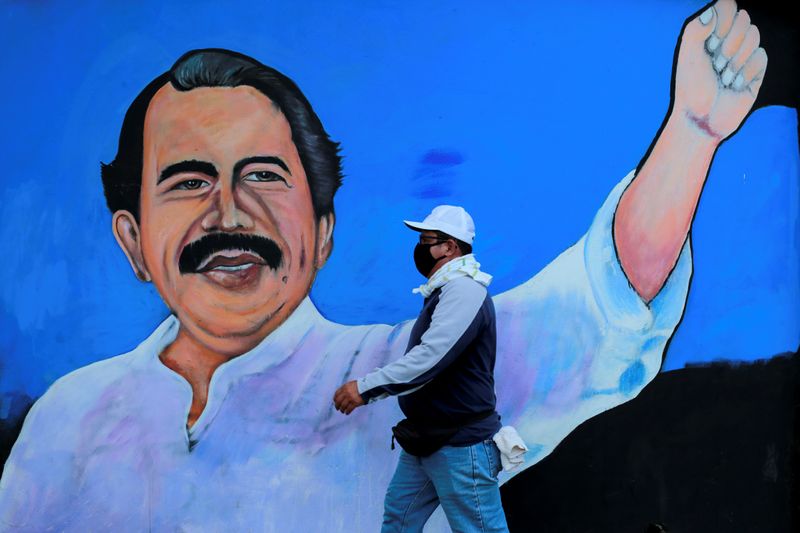 Nicaragua passes law to sideline adversaries in 2021 election By Reuters

(Reuters) – Nicaragua’s National Assembly on Monday passed a law to prevent people the government believes financed attempts to oust President Daniel Ortega or encouraged sanctions against his officials from standing in 2021 general elections.

The Law in Defense of the Rights of the People to Independence, Sovereignty and Self-Determination for Peace was backed by 70 votes from Ortega’s ruling Sandinistas in the 92-member assembly.

Critics of the government see the legislation as an attempt to muzzle opposition to Ortega, who in November 2021 will seek his third consecutive term in office. The law does not specify how the ineligibility of candidates will be determined.

“Those who ask for international sanctions against Nicaragua or its officials should be candidates in the empire,” the speaker of the national assembly, Gustavo Porras, said in reference to the United States during debate on the bill.

Porras is one of 27 Nicaraguan officials who have been sanctioned by the United States in the past three years.

Ortega’s government accuses the opposition of attempting to launch a coup, and of pressing for sanctions against officials after protests against him erupted in April 2018.

According to human rights groups, more than 320 people were killed in the ensuing clashes as the government and armed groups loyal to Ortega sought to quell the unrest.

Eliseo Nunez, a former opposition lawmaker, said Ortega wanted to shut down the competition in the 2021 election and would only relent if there were sufficient pressure from the incoming Biden administration in the United States.

The Organization of American States (OAS) urged lawmakers to repeal the legislation, saying the initiative “would deny the Nicaraguan people the right to freely choose their representatives” and turn the 2021 election into “an imposition.”

Ortega faces pressure from the United States, the European Union and the OAS to make the electoral system more open and transparent by May 2021 to defuse criticism that electoral authorities are under his control.