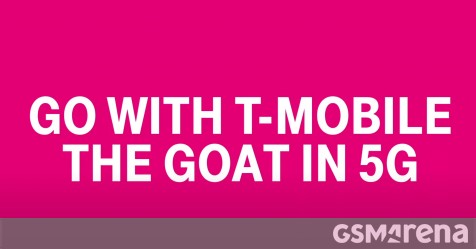 
On Friday morning, T-Mobile CEO Mike Sievert Tweeted that one of the carrier’s ads set to air during this Super Bowl Sunday was banned by the NFL.

The ad was instead published on YouTube and debuted on Today Show. You might be wondering exactly why the ad was rejected from appearing during the Super Bowl on Sunday. There was nothing controversial or obscene contained in the ad. There wasn’t even any name dropping. The ad simply boasted that T-Mobile’s network was more stable during video calls and the NFL’s headlining sponsor didn’t like that. That sponsor is Verizon Wireless.

Well this is fun… one of our @TMobile commercials was BANNED from the big game on Sunday. Want to see it anyway…? 😉

You’re in luck! We’re giving it to the @TODAYshow to air today at 8am ET!! #TheGOATin5G

Even after submitting a second draft of the ad, the first of which may or may not have mentioned Verizon by name, it was still not allowed to air.

In 2017, Verizon and the NFL signed a $2.5 billion deal to sponsor the National Football League for 5 years. The carrier has used the Super Bowl’s venue to boast about it’s 5G capabilities over mmWave and the T-Mobile ad about 5G just didn’t sit right with the partnership. Both T-Mobile and Verizon invested heavily to upgrade 5G network capacity in ahead of this year’s Super Bowl taking place in Tampa Florida this Sunday.

The Super Bowl is the United States most viewed sporting event all year and the Super Bowl is historically known for airing American companies’ most outrageous/funniest/weirdest commercials during the commercial breaks. These days, Super Bowl ads are more expensive than they are controversial – usually featuring A-list celebrities or very creative ad productions.