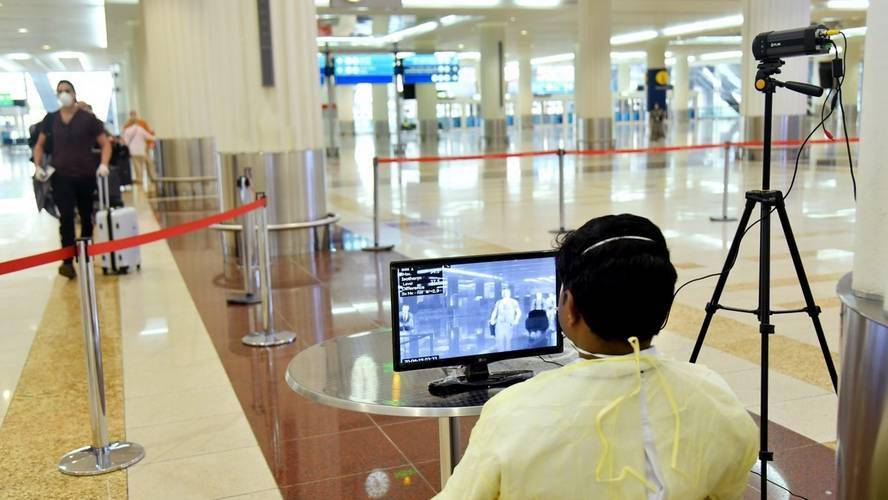 New Covid strain: Quarantine ‘not yet’ a must for UAE passengers to Mumbai, Delhi – News


Passengers from the UAE, who flew to Mumbai, Maharashtra and Delhi, on early Tuesday morning were not required to undergo mandatory institutional quarantine because of a new strain of mutant SARS-CoV-2, which causes novel coronavirus disease (Covid-19), Khaleej Times has learnt.

Earlier, on Monday, India had suspended its flights from the United Kingdom (UK), the epicentre of a fresh Covid-19 variant, till December 31 amid fears over a new wave of the viral outbreak.

However, passengers coming from other countries to Maharashtra will have to be quarantined at home.

All passengers, armed with negative RT-PCR tests, who departed Dubai for Mumbai and New Delhi on Tuesday, were allowed home quarantine, Neeraj Agarwal, Consul – press, information, and culture with the Consulate General of India in Dubai told Khaleej Times.

He said, “The first flight to depart from Dubai for India on Tuesday was operated by Emirates Airlines. It landed safely at 7:30 am. All passengers had undergone RT-PCR tests and were registered on the Air Suvidha platform. None of the passengers were asked to undergo institutional quarantine.”

However, a 14-day home quarantine is still mandatory.

The second airline to depart for Mumbai from the UAE was an Air India Express flight.

So far, the airlines have not received any notification on quarantine measures from the Maharashtra government.

The Indian mission has said it is closely monitoring the situation and will update UAE residents on its Twitter handle in case there is an advisory from respective state governments, Indian Ministry of Civil Aviation, and other authorities.

Agarwal said that the air traffic between India and the UAE is ‘very good’ at the moment. “Flights are operating at up to 80 per cent capacity,” he said. “On some days, flights’ capacity is up to 90 per cent,” he added.

Originally from India, Dhanusha Gokulan has been working as a journalist for 10 years. She has a keen interest in writing about issues that plague the common person and will never turn down a human interest story. She completed her Bachelor in Arts in Journalism, Economics and English Literature from Mangalore University in 2008. In her spare time, she dabbles with some singing/songwriting, loves travelling and Audible is her favourite mobile application. Tweet at her @wordjunkie88

Nasa killed all 27 monkeys held at research center on single day in 2019 : worldnews

These Top Banks Transformed Overnight To Serve Customers In 2020: Report