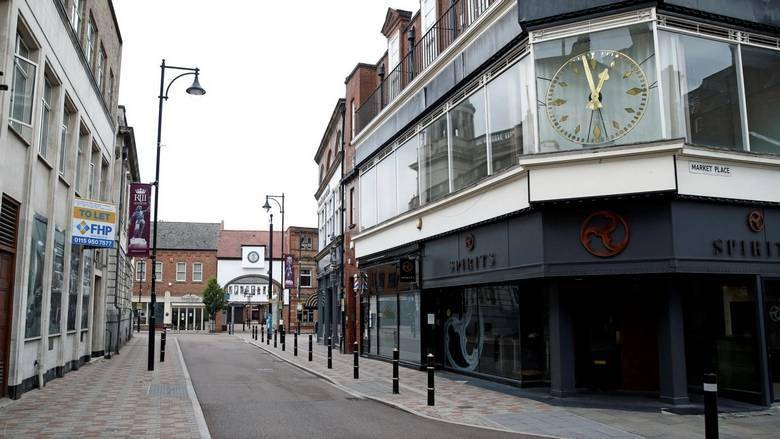 Travel plans of British expatriates residing in the UAE are in flux after stringent new Covid-19 lockdown has come into force in London, parts of east and south-east England, and Wales. According to the BBC, changes for England, announced at a Downing Street briefing on Saturday, will last for two weeks with the first review due on December 30.

While some are reconsidering their upcoming travel plans, a few UAE residents who are currently in London and other parts of the UK for the holiday season are also worried if they can return home in time to return for work if the lockdown extends to after December 30.

Several UAE residents made plans to travel to the UK after the UK and the UAE announced a travel corridor that permitted travellers to avoid quarantine.

Hiten Umrania, a Dubai-based film distributor, said: “I had plans to travel to the UK to meet with friends for a holiday on December 27. I had my tickets booked and my visa has also come through. Given the current circumstances, I have decided to postpone the trip to sometime in April.”

Georgia Cotton, an expat who left for the UK last week said, “I have holidays till January. I have the freedom to work from home, of course, and travel is still permitted for work reasons, however, if I’d known about these new restrictions early on, I would not have made the trip.”

Travelling to the UAE from UK considered a safer option

Many expats flew their family members in from the UK instead of travelling there for the holidays. British citizen Ruth Johnson flew in from Manchester to Dubai to spend time with her family for Christmas. She said, “I figured it is safer here in Dubai and we figured it is safer that I fly here alone instead of my daughter, son-in-law and their kids all make the trip to the UK.”

Another Brit expat who wished not to be named said, “My family and I are travelling to the UK tomorrow (December 21). Obviously, we are taking a calculated risk, but in terms of work, I can work from home. Also, it is really cold back home at the moment, so going out is out of the question. We will probably be cooped up home in front of a fire.”

Saj Ahmad, chief analyst, StrategicAero Research.com said “At present, demand between the UK and UAE has seen a strong resurgence as would-be travellers seek some winter sun and to get away from the various states of lockdown that has effectively killed travel plans thus far in 2020.” He added, “Critically, the removal of the quarantine element meant a degree of travel normality that people had been accustomed to. This allowed greater choice and freedom to fly and we saw the likes of Emirates respond with increased flights to London on the back of that pent-up demand.”

However, these new Tier 4 restrictions will almost certainly deal a crippling blow going forward until COVID infection rates in the South East of England fall dramatically.

New tier four restrictions were introduced in all 32 boroughs in London, south-east England, after a new variant of coronavirus, caused cases to soar. The planned relaxation of rules for Christmas has been scrapped for those in England’s new tier of restrictions.

Normalcy to resume only after vaccination drive complete

“While it is great that vaccines are available and immunisation is underway, the process is slow and tens of millions of people are in for a very long wait until they get their jab,” said Ahmad.

“It could take six to nine months before the UK has vaccinated its population – and that’s assuming no supply issues. The UAE, being far smaller, will accomplish this feat in a matter of months – but that will not automatically open up air travel.”

He added, “Until the entire globe has been vaccinated, it looks like the road to normalcy will still, be littered with challenges and changes which prohibit that very normalcy we all so desperately crave.”

Vijay Valecha, a financial consultant with Century Financial Consultancy, said: “Now that the UAE and the UK have started emergency inoculation of vaccines, demand for travel is expected to recover gradually …”

Originally from India, Dhanusha Gokulan has been working as a journalist for 10 years. She has a keen interest in writing about issues that plague the common person and will never turn down a human interest story. She completed her Bachelor in Arts in Journalism, Economics and English Literature from Mangalore University in 2008. In her spare time, she dabbles with some singing/songwriting, loves travelling and Audible is her favourite mobile application. Tweet at her @wordjunkie88

Bearish Bets: 2 Stocks You Really Should Consider Shorting This Week