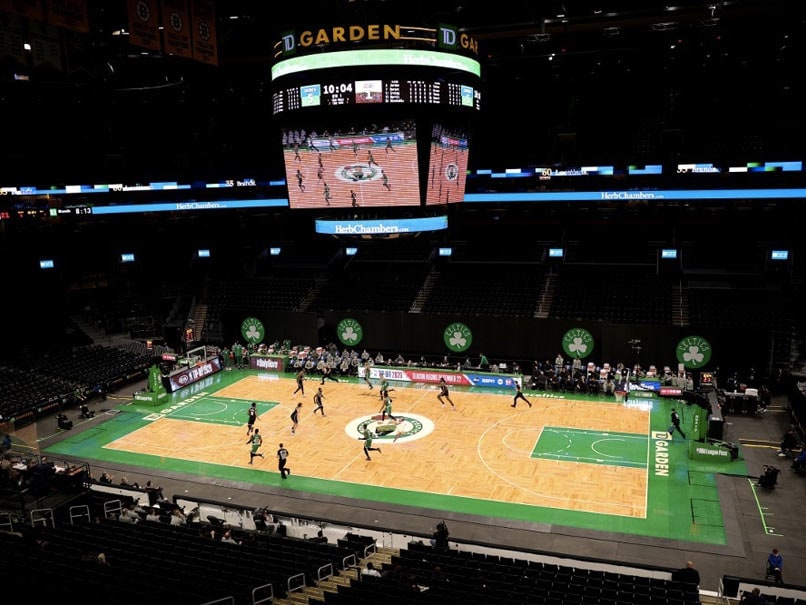 NBA Set For Leap Into Unknown As New Season Tips Off


The NBA takes a leap into the unknown on Tuesday when the 2020-2021 season tips off after the shortest offseason in history against the backdrop of a raging Covid-19 crisis across the United States. Little more than two months after LeBron James and the Los Angeles Lakers brought the curtain down on a gruelling, pandemic-interrupted season with victory in the NBA Finals in the Orlando quarantine bubble, a shortened 72-game campaign gets underway with games in New York and Los Angeles. The Golden State Warriors face a road trip to take on the Brooklyn Nets before the Lakers and the Los Angeles Clippers clash at Staples Center.

The new season marks the first time league action has taken place at home arenas since the 2019-2020 season was dramatically suspended in March as the coronavirus pandemic erupted across the United States.

When the league resumed in July, teams were based at a single location at Disney World in Florida and kept in a tightly controlled bubble for three months to guard against Covid-19 infection.

Yet the upcoming season will take place in 30 locations across the United States at a time when the country continues to set new records for coronavirus cases and fatalities.

The NBA has put in place a range of measures designed to mitigate the Covid-19 threat, including strict safety protocols and a tweaked schedule that cuts down on travel.

The new-look schedule — reduced from the standard 82 games — will see teams play each other on consecutive nights more frequently to reduce the amount of time spent on the road.

The league has also only drawn up a schedule for the first half of the season — up to March 4 — in order to give itself flexibility over possible postponements.

Fans will also be largely absent from arenas.

Only a handful of teams are allowing limited numbers of spectators into venues. An ambitious plan by Golden State to fill the Chase Center to 50% capacity was rejected by health authorities in San Francisco.

Arenas will also not carry the “Black Lives Matter” slogans on court as they had when play resumed last season, nor will players wear jerseys carrying social justice messages.

The Toronto Raptors, the 2019 NBA champions, will play home games in Tampa, Florida, after Canadian authorities denied the NBA an exemption to Covid-19 restrictions placed on travel to and from the United States.

Teams and players will be required to click back into gear after what has been the shortest offseason in history.

NBA Commissioner Adam Silver had initially signalled that the league would restart in January, but the start was brought forward to December, a move which allows for a lucrative slate of televised games over the Christmas period.

The 72-game schedule also means the regular season and playoffs can be completed in time for next year’s Tokyo Olympics, although it is an open question whether players involved in the NBA Finals will be available to make the trip to Japan.

The finals are due to conclude just one day before the Olympics get under way in Tokyo on July 23.

‘Bullseye’ on the Lakers

Most analysts expect James and the Lakers to be involved in the battle for the NBA championship next year.

The Lakers, who defeated the Miami Heat in six games in October to win the franchise’s 17th championship, have been installed as heavy favourites to retain their crown after an offseason which saw several roster upgrades.

Already spearheaded by James and Anthony Davis, the Lakers have added German point guard Dennis Schroder from the Oklahoma City Thunder and Montrezl Harrell from the Clippers as well as Spanish veteran Marc Gasol.

It means the Lakers will most likely be the team to beat when the season gets under way — a status James relishes.

“For me personally, the bullseye has always been on my back, or on my front since I entered the league,” James said.

“And then you add in the Lakers’ name on top of that. The Lakers franchise — the bullseye has been on this franchise for a long time as well. Everyone is going to come at us.”

The Lakers are likely to face stiff competition from several rivals however, including the Brooklyn Nets, who will finally be able to unleash their strike force of Kyrie Irving and Kevin Durant. Former MVP Durant returns after more than a year on the sidelines.

Last season’s finals runners-up Miami will also expect to be in the hunt, led by Jimmy Butler, Goran Dragic and Bam Adebayo.

The Milwaukee Bucks meanwhile will head into the new campaign buoyed by the news Giannis Antetokounmpo has committed his future to the franchise. The back-to-back MVP inked a new five-year deal last week.

Covid: EU to discuss response to variant as travel bans on UK expand