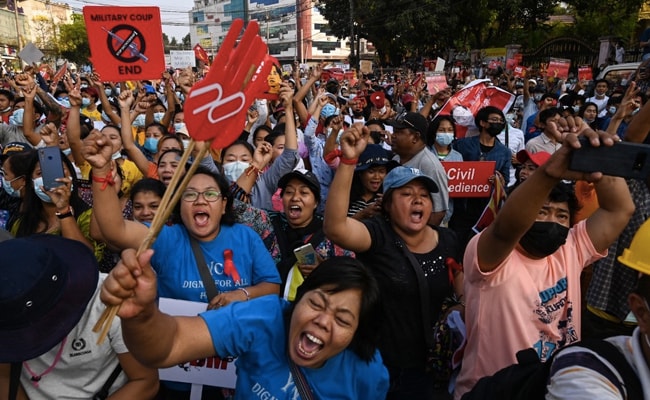 Protesters take part in a demonstration against the military coup in Myanmar.

Authorities in Myanmar imposed a “near-total internet shutdown” for the second night in a row, a UK-based monitoring group said early Tuesday.

“#Myanmar is in the midst of a near-total internet shutdown for a second consecutive night” as of 1 am local time (1830 GMT), according to a tweet from NetBlocks, a group monitoring internet outages around the world.

Nominations For Upcoming Rajasthan Assembly Bypolls Can Be Filed Online