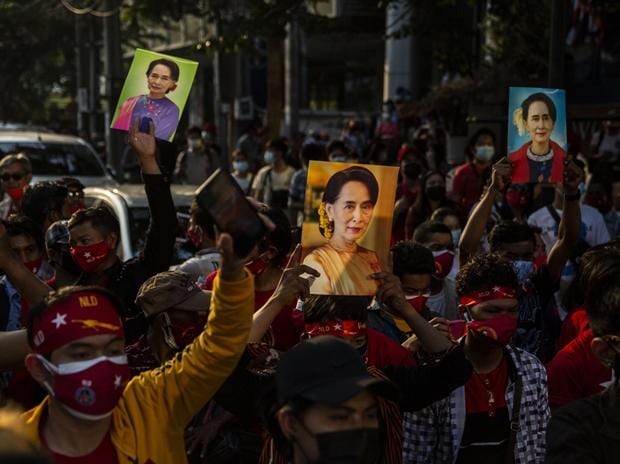 In a first contact between the UN and Myanmar Army since generals seized power in a bloodless coup, the Secretary General’s special envoy on Myanmar spoke with the country’s deputy military chief and expressed strong condemnation of its action and called for the immediate release of all detained leaders.

Through the virtual meeting with the Deputy Commander-in-Chief of the armed forces of Myanmar, Burgener reiterated the Secretary-General’s strong condemnation of the military’s action that disrupted the democratic reforms that were taking place in the country, Dujarric said.


Dujarric said Burgener also reiterated her call for the immediate release of all detained persons.


She emphasised the need to advance progress on key areas on the safe, dignified, voluntary and sustainable repatriation of the Rohingya refugees, the peace process, accountability and particularly engaging with the International Court of Justice (ICJ) on the ongoing case.


Dujarric added that Burgener and the deputy military chief had quite a long and a very important conversation since it was the first contact the UN had with the military authorities since the coup on February 1.


The 15-nation Security Council, the most powerful organ of the world organisation, issued a press statement Thursday on the situation in Myanmar three days after the military seized power in the Southeast Asian nation.


The Council members expressed deep concern” at the declaration of the state of emergency imposed in Myanmar by the military on February 1 and the arbitrary detention of members of the Government, including State Counsellor Aung San Suu Kyi and President Win Myint and others.


They called for the immediate release of all those detained, the press statement said.


Dujarric described the Council statement as a very positive first step in terms of a unified voice from the organisation’s body entrusted with keeping peace and security. He added that the Secretary General continues to have various contacts and his Special Envoy also continues to have her contacts.


Burgener has spoken to various representatives of the ASEAN (Association of Southeast Asian Nations), including the bloc’s Secretary-General to ensure that we’re all working with the same goal.


As the Security Council deliberated a statement on the situation in Myanmar, India played the role of an important bridge among various views and engaged very constructively to ensure a balanced outcome that strongly underlined the importance of the democratic process and transition while not being condemnatory in nature, sources have said.


An initial draft statement, prepared by the Council president for the month of February the UK, had called on the Security Council members to condemn the military coup, according to a report in the Politico.


In the final Council statement, the language was changed to not have any mention of a coup.


India, into the second month of its tenure as non-permanent Council member, engaged very constructively during deliberations over the press statement.


Sources told PTI that India played the role of an important bridge, bringing together various views and wanted to ensure an outcome which was balanced. It also wanted a statement which was not condemnatory in nature, but one which helped the process and not become counter-productive.