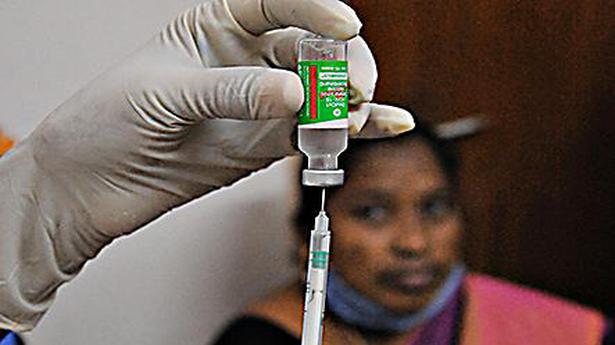 Mop-up round for HCWs who missed 2nd dose

The Health department would conduct a mop-up round for Health Care Workers (HCW) who did not take the second dose of COVID-19 vaccine. Out of the targeted 67,173 beneficiaries, 14,029 HCWs did not take the vaccine from February 13 to 16.

The COVID-19 vaccine is given in two doses with a gap of 28 days.

The vaccination drive was launched on January 16. After 28 days’ gap, HCWs started to receive the second dose from February 13 and it is ongoing.

General public not opting for the jab altogether because of vaccine hesitancy was expected. However, thousands of HCWs did not take the second dose too. Senior Health officials listed three primary reasons behind their staff giving the drive a miss.

“A few of our staff who developed minor AEFI after the first dose said that they will take the second dose if we stand beside them at the session site. They took it in our presence,” a district Health official said.

Director of Public Health Dr. G. Srinivasa Rao said that they will hold a mop-up round for those who missed taking the second dose.

From January 16 to February 16, a total of 2,79,518 HCWs and Front Line Workers (FLWs) were administered the first dose.

All of them have to take the second dose to complete the vaccination. A few district Health officials are anticipating that some of the FLWs too would hesitate for the second jab.

The Health Department gave the second dose of COVID vaccine to 25,695 HCWs on Thursday. While the target was 29,215, only 88% beneficiaries took the jab. One case of minor AEFI was reported. The second dose will also be given on Friday.

According to the daily bulletin, vaccine hesitancy is higher among FLWs than HCWs. While 58% of the targeted HCWs took the first dose, only 34% of targeted FLWs took the COVID jab for the first time.

There would be no inquiry into how two senior resident doctors contracted COVID-19 after taking the first dose of the vaccine.

Third stimulus check could arrive during tax season. Here’s what that means for you