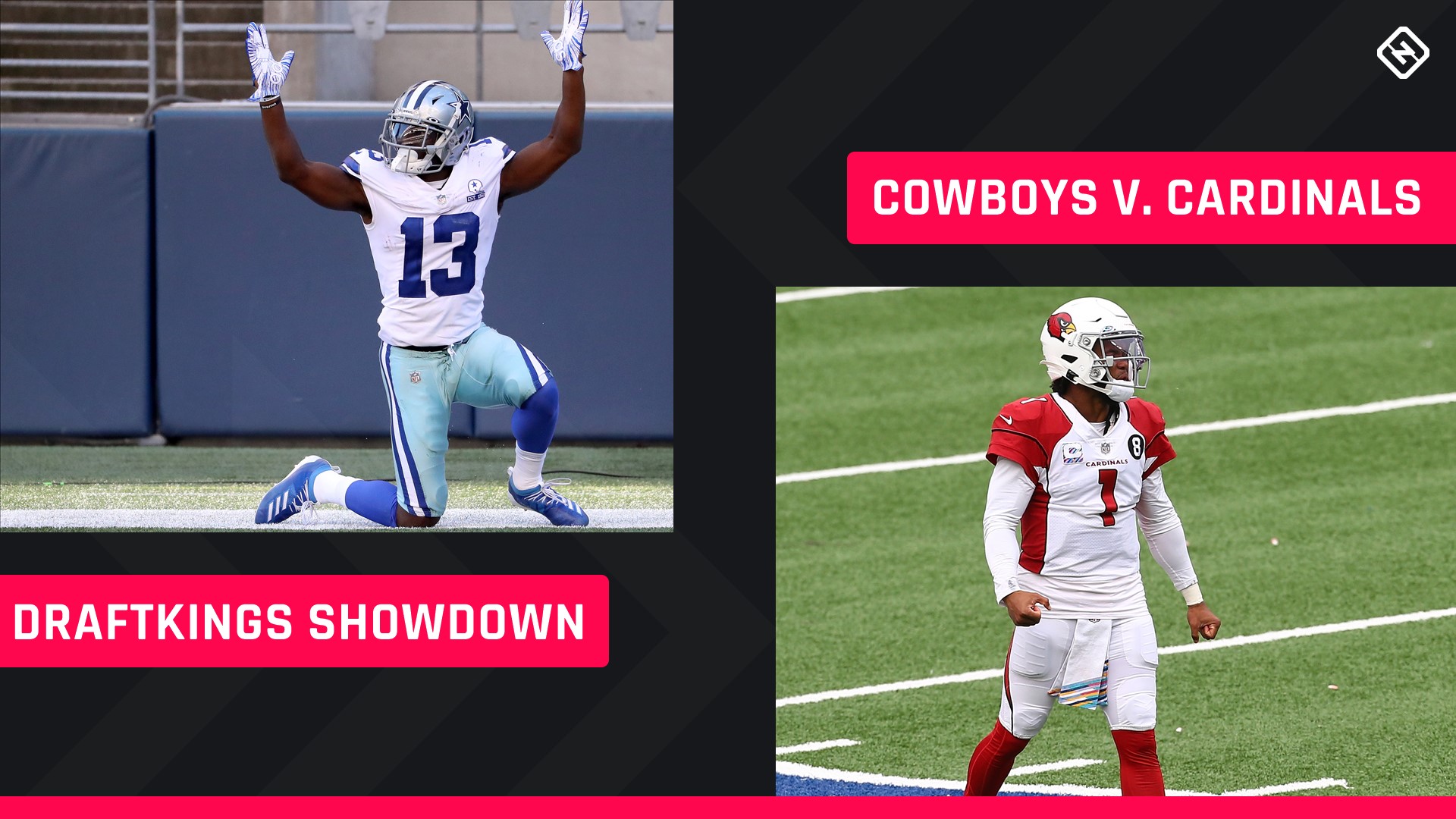 Andy Dalton will start for the Cowboys on Monday Night Football against the Cardinals. He won’t be a part of our DraftKings Showdown lineup, though. Instead, we’ve invested in the skill players around Dalton, led by Ezekiel Elliott and Michael Gallup.

More important, not using Dalton allows us to play both Kyler Murray and DeAndre Hopkins, a superstar duo that’s always worth stacking. We also have a kicker in our lineup this week, which is always fun.

MORE DK SHOWDOWN: How to win a Showdown contest

The drop in price from Amari Cooper and CeeDee Lamb to Gallup is something worth taking advantage of. While it’s not a lot to go on, Andy Dalton trusted Gallup twice last week in crunch time, and Gallup is frequently isolated alone out wide on one side for the Cowboys before going deep, which sounds like the perfect recipe for a home-run play that makes him the perfect captain pick.

The last three times Murray played in AT&T Stadium were two state football championship wins and an Oklahoma win over Texas. Don’t expect the Cowboys’ terrible defense to have any success slowing down Murray and his new favorite sidekick, DeAndre Hopkins.

It’s hard to predict who the No. 2 receiver for Arizona will be in any given week, but we know Hopkins is the top dog. He has at least six catches in every game this season, and if you were trying to pay up at captain Monday, Hopkins would be my pick there.

Expect Dallas to lean on its running game a bit more than usual to ease Dalton’s transition to starting. Arizona has allowed 4.5 yards per carry this season, so it wouldn’t be shocking to see Zeke easily run 20 times for 100 yards with a score or two.

‘Greg the Leg’, ‘Legatron’, ‘Young GZ’ — whichever nickname you prefer, Zuerlein has one of the biggest legs in football and could be called on a bit more than usual if Dalton can’t finish off drives. Jerry World is a friendly kicking environment, so we’ll take the usually underowned kicker with potential for a few bombs.

Wilson has been a revelation this season as a fourth effective Dallas receiver. He’s averaged more than four targets per week across the ast three weeks (and he even threw a passing touchdown), so it makes sense to use that consistent volume at a value price.