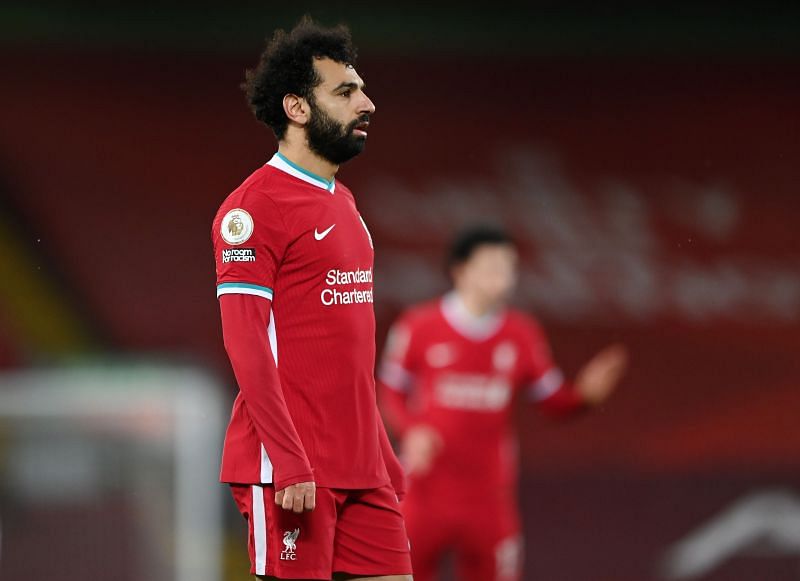 Liverpool great Ian Rush believes Mohamed Salah will stay at Anfield, despite interest from Barcelona and Real Madrid. The Egyptian has been in fine form once again this season, and is currently leading the race for the Premier League Golden Boot with 17 goals to his name.

Salah first set foot in the Premier League as a Chelsea footballer, but soon moved to AS Roma, first on loan and then on a permanent deal. He was so impressive for La Lupa that Liverpool came calling in the summer of 2017, and the rest is history. There have been recent suggestions that Salah is unhappy at Anfield amid interest from both Barcelona and Real Madrid, however, Rush believes the Egyptian will stay with the Reds for at least a season or two more.

Speaking to HorseRacing.net, Rush also pointed out that it was only fair that a player like Salah would be linked to the best clubs in the world.

“I think Liverpool has a broad appeal. Teams like Barcelona and Real Madrid have the history, same as Liverpool and Manchester United, and for him to be linked to any of those clubs means that he is one hell of a player but for me, I think Mo Salah will stay at Liverpool” said Rush.

“The fans love him, he loves the fans. The Premier League is the hardest and the most demanding league in the world. When you look at Barcelona, Real Madrid, Juventus, and Milan in Serie A, where else do you get a league where the bottom team beats the top, like Sheffield United beating Manchester United? That could only happen in the English Premier League” said Rush.

It’s been a tough period for many reasons. We are champions and we will fight like champions, until the very end. We will not allow this season to be defined by the recent results we’ve had. That is my promise to all of you. pic.twitter.com/gqITQfp1ua

A move to either Barcelona or Real Madrid could still entice the Egyptian, and in December last year Salah refused to rule out the chance of playing in La Liga in the near future.

“I think Madrid and Barcelona are two top clubs. Who knows what will happen in the future, but right now I am focused on winning the Premier League and the Champions League with Liverpool again” said Salah.

Salah’s current contract runs until the summer of 2023, which means that Liverpool have no reason to be concerned yet. The Reds are currently fourth in the Premier League and are already 13 points behind leaders Manchester City, who have played a game less.

Britain may need big tax rises, but not yet: think tank By Reuters