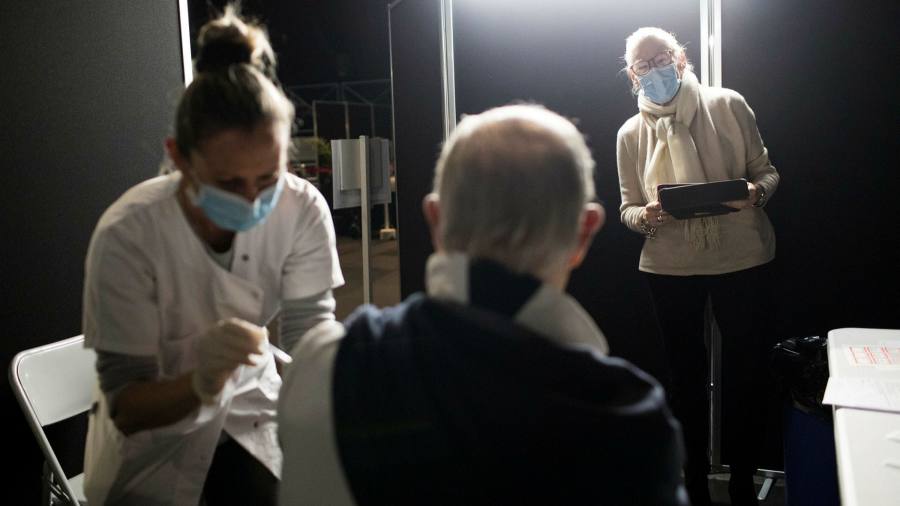 Vaccine manufacturer Moderna has told Italy and France it will deliver fewer doses than expected in February, in another blow to struggling coronavirus vaccination plans in the EU.

Domenico Arcuri, the Italian special commissioner in charge of Italy’s
pandemic response, said Moderna had told Rome that delivery volumes would be 20 per cent less than planned from early February.

France’s ministry of health said it was now expecting 25 per cent fewer doses from the US biotech than had originally been scheduled next month.

Moderna said it had provided “short-term revised delivery guidance” outside of the US because of a ramp-up at its manufacturing plant for the drug substance in Switzerland. “Moderna remains focused on operating at the highest level of quality to ensure the safety of the vaccine,” it said.

The cuts are the latest disruptions to vaccine supplies that have left the EU’s vaccination strategy in disarray. AstraZeneca warned EU officials last week that it could supply less than half of the vaccines the bloc had ordered for the first three months of the year, provoking a bitter clash over contractual terms.

Giuseppe Conte, the Italian prime minister, last week accused AstraZeneca of “a serious contractual violation” for what he said was an unexpected reduction in deliveries of the Covid-19 vaccine the company has developed with Oxford university, and said Italy would consider “all legal steps”. In response to the dispute, and with AstraZeneca’s agreement, the European Commission published a redacted copy of the supply contract, or advanced purchase agreement, on Friday. 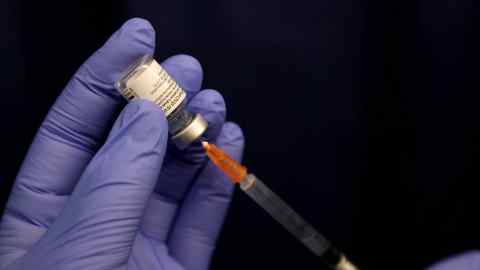 BioNTech/Pfizer have also had to reduce some deliveries of its vaccine as all three leading groups have struggled to meet high demand.

“Now almost every day the forecasted deliveries are changed,” Mr Arcuri said on Friday, emphasising Italy’s “astonishment, our concern and our
disappointment”.

Moderna had told him 132,000 doses of its vaccine would arrive from the week starting February 9 compared with the 166,000 doses the Italian government had expected.

In France, the health ministry said it was now expecting approximately 600,000 doses in the month of February, rather than the 800,000 doses it had planned for. BioNTech/Pfizer had already reduced its
deliveries to the country in January by 200,000 doses from an original
promise of 2.6m doses.

Authorities in Paris, the northern Hauts-de-France and Bourgogne-Franche-Comté regions — representing a third of the French population — instructed hospitals on Thursday to delay first vaccine injections for two to four weeks to conserve doses for those in need of their second and final injection.

The Spanish regions of Madrid, Catalonia, Andalucía and Valencia have
also all complained of delays in Moderna shipments. Spain’s health
minister Carolina Darias said on Thursday night that 52,000 Moderna
doses would arrive next week. To date, Spain has taken receipt of
35,700 Moderna vaccines and 1.7m vaccines from BioNTech/Pfizer.

Minor Blast Near Israel Embassy In Delhi, No One Injured, Say Police