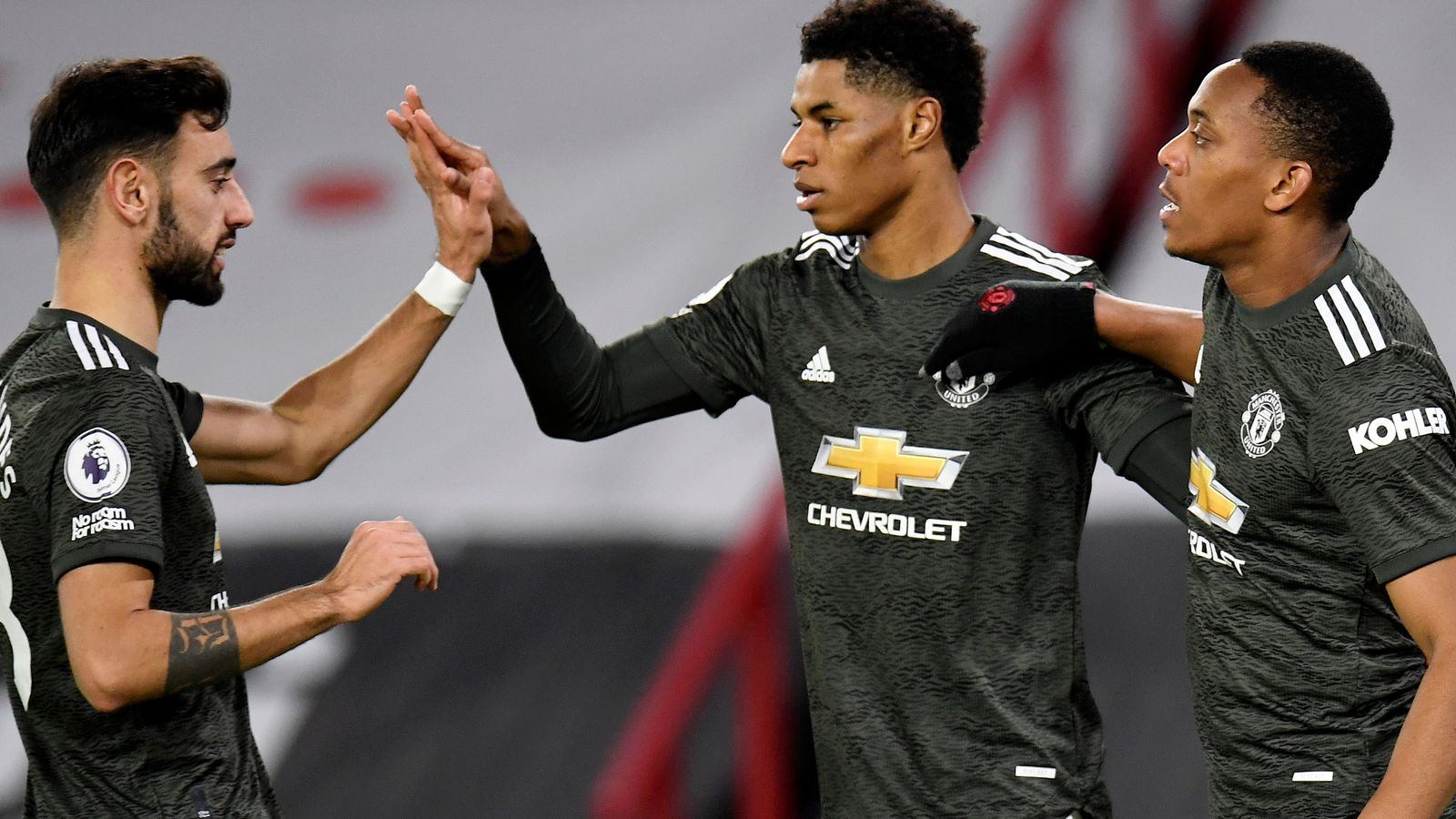 The last of those triumphs was in 2017 and although current boss Ole Gunnar Solskjaer guided United to the semi-finals of the FA Cup, Carabao Cup and Europa League last season – as well as a third-place finish in the Premier League – the club’s wait for silverware continues.

However, despite an inconsistent start to this campaign – including a disappointing group-stage exit in the Champions League – United are now unbeaten in six Premier League matches and could close the gap on leaders Liverpool to two points if they win their games in hand.

Their next match sees them rekindle their rivalry with Leeds United at Old Trafford on Sunday, live on Sky Sports, and Rashford feels Solskjaer’s side are now starting to show signs they could soon compete for major honours once more.

“I believe the team we have now is capable of winning big trophies,” Rashford told the UTD Podcast.

“I feel like we are close but we are not quite there. We just need to make that final push to be a team that can win trophies and fight for everything.

“In the big games, we go toe-to-toe with any team and we know that we can do it. We have confidence on the pitch that we can beat them, whether it is Liverpool, Manchester City, Paris Saint-Germain. Against the big teams we show that we can go head-to-head and give them a game. The players know that, the manager knows that.

“We are just so close to that bit when you are winning trophies. But for me the sooner we get to that, the better. There is nothing bigger than winning the Premier League or the Champions League – that is what the dream is.

“The fact that we have been knocked out of the Champions League obviously hurts. But we can’t change it now. It’s happened and the only way to respond is by winning the next game.”

Rashford is Manchester United’s top scorer this season with 12 goals in all competitions. Since making his debut in February 2016, he has found the net 79 times in 234 appearances.

The 23-year-old credits the club’s academy system for his meteoric rise and praised his former coaches for helping him break into the first team.

“I’m going back to the very beginning here but Eamon Mulvey, Tony Whelan, Dave Bushell – without those guys I would never have managed to get through, it was just impossible,” Rashford said.

“There were a few times when I would miss training because my mum had worked late and my brothers were working, my sisters both had babies and there was just no way of me getting there.

“I remember missing training a few times and I just used to sit at home crying. I used to always stop before she (his mum) would come home. She used to come home at the same time. But one time she came home early and she caught me crying in the front room. And that’s when I told her and she was the one who said to United, ‘We are going to need some form of help’, in order for me to get there.

“They are the people who got drivers for me. They made it possible that I could get to training. As a kid that was all that I wanted. This was at like eight, nine years old.

“United always say when you are growing up, ‘Express yourself on the pitch’. They are the ones who taught me that. I think that is why we have so many youngsters come through because without knowing it, they are ready to play. It’s credit to United and the system.”

You can listen to the rest of the interview from Monday evening, by searching for UTD Podcast on any of your favourite podcast providers. You can find previous episodes, and exclusive video clips of them being recorded, on the official Manchester United app and website.

Pitch to Post Preview: Why Leeds could trouble Man Utd

This week on the Pitch to Post Preview Podcast, Peter Smith is joined by Sky Sports News reporter Alan Myers and Sky Sports pundit Alan Smith to analyse Carlo Ancelotti and Mikel Arteta’s work at Everton and Arsenal, ahead of their one year anniversaries. Who has done the better job?

We also hear from SSN reporter Paul Gilmour on whether Tottenham will bounce back from a frustrating week against Leicester – and the latest on Gareth Bale’s fitness and Dele Alli’s future.