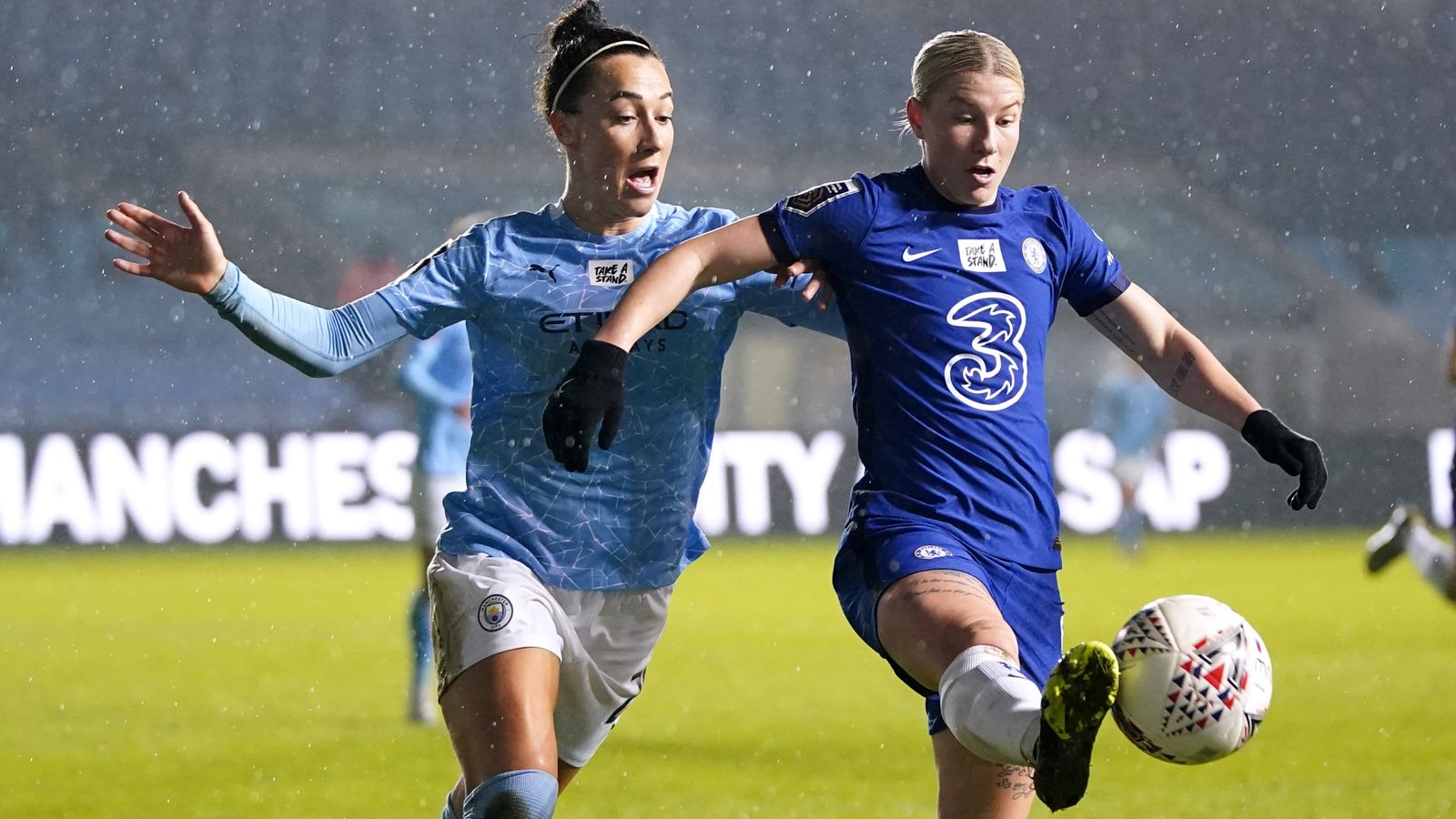 
Manchester City Women head coach Gareth Taylor believes Emma Hayes “spoke a lot of sense” with her strong comments dismissing any talk of a link to the managerial vacancy at AFC Wimbledon.

The Chelsea boss made headlines this week after boldly claiming Wimbledon could not afford her, before later clarifying that it was not about money but that she had the “best job in the world” in charge of the WSL leaders.

On Tuesday, Hayes emphatically shut down the reports, calling them an “insult” to women’s football, while she also replied “absolutely not” when asked if the League One side would be able to convince her to join financially.

Taylor, who spent the majority of his playing career in the EFL with the likes of Bristol Rovers, Sheffield United and Nottingham Forest, says he has been “nothing but impressed” with the women’s game since taking the City job in May last year.

Asked what he made of the response from Hayes, Taylor said: “In terms of what she said about the WSL and the women’s game in general, I had to agree. I think she spoke a lot of sense.

“People have different aspirations. Speaking from my own experience, when this job became available I was really keen to come and do it.

“I’ve been nothing but impressed with the levels that I’ve seen so far. Everyone is trying to do their best and make the women’s game special.

“Each situation is different, in terms of whether there are genuine job offers.

“All of us aspire to go on and coach at the highest level possible but I’m similar to Emma in terms of what she said about being at one of the top teams in the WSL, in Europe and in the world.

“We’re very grateful for where we are and the involvement and support we get.”

Hayes also has the support of Manchester United head coach Casey Stoney, who agrees that a move to the EFL does not automatically constitute career progression.

Stoney, who has taken United from the Women’s Championship to being WSL title contenders in her first full-time managerial role, believes coaches in the women’s game do not receive the credit they deserve.

“Emma Hayes put it brilliantly when she said: ‘let’s start talking about the candidate and their qualities, rather than the diversity part of the subject’,” Stoney said.

“I definitely don’t see it as a step up. I’m very fortunate to manage world-class players in a team that’s doing very well.

“You are very much guaranteed the sack in men’s football in a lot less time than the women’s game. In terms of job security, that’s definitely not a step up.”

Asked if there is enough respect given to coaches in women’s football, Stoney said: “There obviously isn’t if they feel going to manage a League One or League Two club is a step up from the highest level of the women’s game.

“There definitely isn’t enough respect given to coach like that, who have earned their stripes and done a lot in the game.”

‘City must stay in the hunt in crunch games’

Taylor’s City side, who are currently third in the WSL table – five points behind leaders Chelsea, travel to fourth-placed Arsenal on Sunday as they enter a “crunch part of the season”.

City then take on their Manchester rivals on February 12, with Stoney’s United level on points with Chelsea at the top, having played a game more than both the Blues and City.

“I’m not going to lie, these are big games,” said Taylor.

“It’s important to stay in the hunt. We want to maintain the challenge and the good situation that we’re in.

“All of the teams are looking at the crunch part of the season and these games will certainly tell us a lot about where we are and where we are going.”