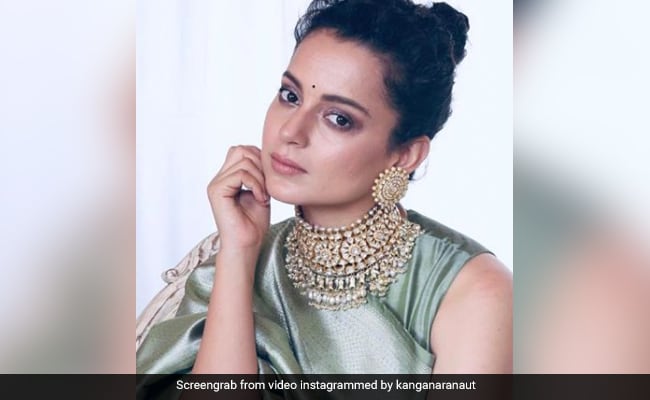 At the Betul District Collectorate to register his complaint over a recent police action on Congress workers protesting against Kangana Ranaut, the minister is heard saying: “Gambling and betting is openly going on, but no police action is being taken against it. But, when our party workers protested peacefully against a naachne-gaane waali woman like Kangana Ranaut for her insulting remarks about our farmers, the police lathi-charged them.”

The former minister led a party delegation to the collectorate and handed over a memorandum to the officials, demanding action against those who lathicharged the Congress workers, protesting Kangana Ranaut’s controversial tweet against agitating farmers.

Actor Kangana Ranaut has continued to grab headlines with her tweets criticising the farmers protesting at the borders of Delhi against the three new farm laws and calling them “terrorists”, “anti-nationals” and “khalistanis”.

The actor has also been involved in a ugly Twitter-spat with singer-actor Diljit Dosanjh over the farmers protest, setting off a lengthy exchange of unpleasantries on the microblogging site.

Recently, the actor also lashed out at international pop star Rihanna for coming out in support of the protesting farmers.

The microblogging site has pulled down the actor’s tweet a multiple times for violating rules.