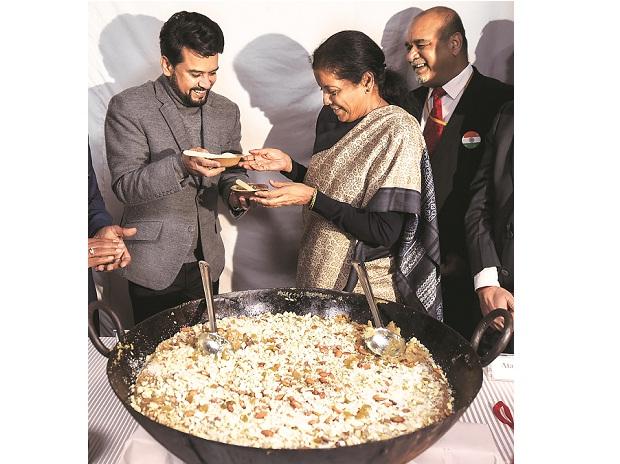 
The customary halwa ceremony, which marks the process of printing documents for the Union Budget, will be hosted by the Finance Ministry today ahead of the presentation of the Union Budget on February 1.


Finance Minister Nirmala Sitharaman, Minister of State for Finance Anurag Thakur, Secretaries of Finance Ministry and other officials of the ministry will be present at the ceremony, which will be held at North Block.

There will be a full dress rehearsal for the Republic Day celebrations. The parade will start at 9.50 a.m. from Vijay Chowk and will proceed to the National Stadium. There will be elaborate traffic arrangements and restrictions in place for the smooth conduct of the parade, Delhi police said.


Due to the ehearsal, gates of Central Secretariat and Udyog Bhawan metro stations will remain closed till 12 noon.

Make Siri respond on the right Apple device; did you know that your Apple Watch has a flashlight?