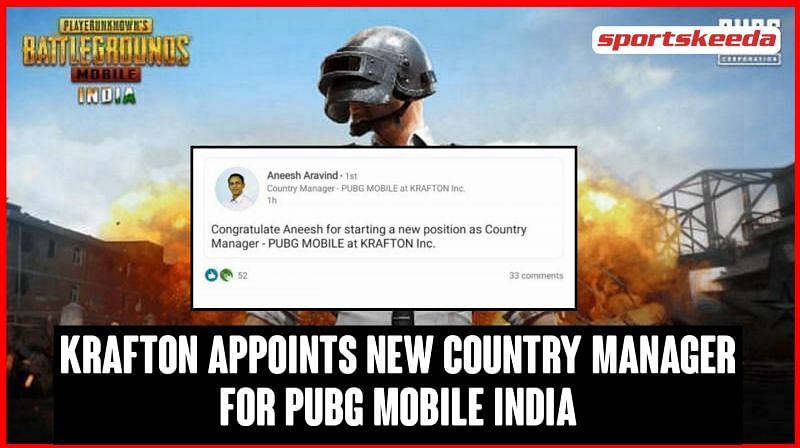 
In a positive development for PUBG Mobile fans, Krafton Incorporated, the parent company of PUBG Mobile, has appointed a new country manager for India.

Aneesh Aravind has over 15 years of experience in the industry, having worked for multiple companies, including Tencent. He excels as a business leader and has exceptional problem solving and communication skills, a collaborative leadership style, and has quite the expertise in building cross-functional and diverse teams.

Before this gig with Krafton Inc, he has worked in the technology, telecom, energy, and retail sectors. His skills in business management and product strategy have been endorsed by various employees of previous companies he has worked with.

This comes as a positive development regarding the (re)launch of PUBG Mobile in India. The Indian government had banned PUBG Mobile and PUBG Mobile Lite on September 2nd. The game was barred under Section 69A of the Information Technology Act 2009.

Since the ban of the game, Krafton has taken various steps to make sure that it can get PUBG Mobile back in the hands of Indian users as soon as possible.

According to a detailed press release from the Korean company last month, its subsidiary, PUBG Corporation, was preparing to launch the game, dubbed PUBG Mobile India, again. It added that the game was being created to cater to the needs of the Indian market.

Indian fans have eagerly been waiting for the release of the Indian version of this famous battle royale title, which has helped the growth of Indian gaming and esports as a whole.